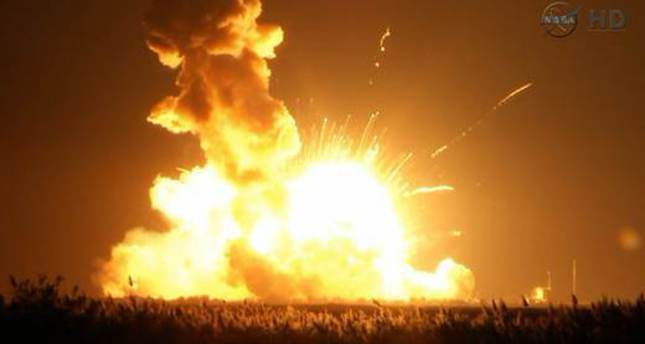 Fires were seen burning at the coastal launch pad after the Antares rocket blasted off at sunset from Wallops Island, Virginia at 6:22 pm (2222 GMT).

It was unclear what caused the explosion.

"At this point it appears that the damage is limited to the facility," a commentator on NASA television said.

"There is no indication that there are personnel in danger, although we do have significant property damage and significant vehicle damage."

It was the first nighttime launch of an Antares rocket, said Orbital.

The mission, known as CRS-3, was to be Orbital's fourth trip to the ISS, including an initial demonstration.