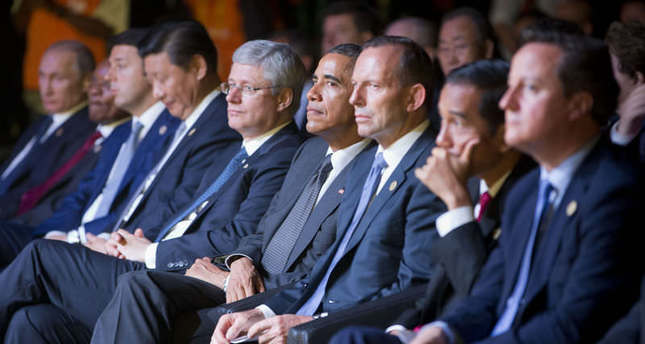 by AA Nov 16, 2014 12:00 am
The Prime Minister of Canada bluntly told the leader of Russia to "get out of Ukraine" when the two met Saturday at the G20 Summit here.

Stephen Harper was speaking privately to a group of G20 leaders when Vladimir Putin approached the prime minister and offered his hand, Harper spokesman Jason MacDonald told media gathered in Brisbane for the summit.

"I guess I'll shake your hand but I have only one thing to say to you: You need to get out of Ukraine," Harper said to Putin, according to MacDonald.

Putin did not respond in a positive manner, MacDonald said, declining to elaborate further.

But a Russian spokesman said that Putin told Harper, "That's impossible because we are not there."

Russia claims it has had nothing to do with a recent escalation of military activity in Ukraine.

The American president said that the U.S. was the leader in "opposing Russia's aggression against Ukraine, which is a threat to the world."

In fact, the criticism has apparently drawn blood-a Russian official told the media that Putin would not attend a Sunday session with other leaders and instead would depart for Russia, where he needed to attend other meetings in Moscow.

The leaders gathered for the summit in Brisbane to address a variety of issues, including climate change, Ebola and how to fire up economic growth.

But anger with Putin has simmered just below the surface and at times reached a boiling point, as with Harper's pointed remarks to the Russian leader.

Australian Prime Minister Tony Abbott was particularly incensed and accused Putin of bravado by stationing four Russian ships off the coast of Australia in the period leading up to the summit.

A Canadian government source told the Canadian Broadcasting Company that Harper had no intention of speaking to Putin during the summit but was courteous enough to shake when the Russian leader approached and extended his hand.