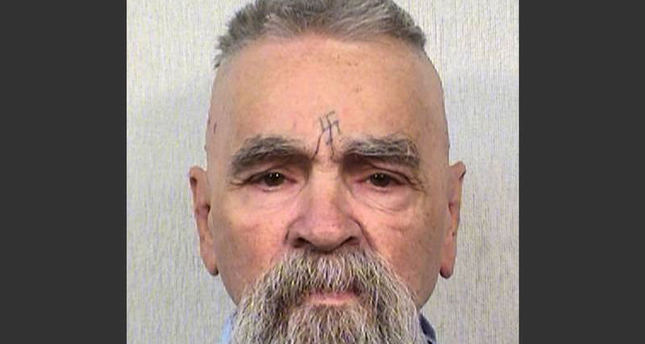 American mass murderer Charles Manson, 80, has been granted permission to wed a 26-year-old woman who has been visiting him in prison.

Manson, who is serving a life sentence for slaying seven people in a massacre that shocked the nation, plans to marry Afton Elaine Burton, described in US media as a slender brunette.

"He has received a marriage license," the California Department of Corrections and Rehabilitation told AFP on Monday.

The application for the license was made on November 7, according to the website for King's County, California, where Manson is in jail, but no date for the nuptials has been set.

Manson has been in prison for more than four decades after the 1969 killings, which included the brutal murder of director Roman Polanski's actress wife, Sharon Tate, who was eight-and-a-half months pregnant.

But Burton, who also calls herself "Star," has said she and Manson are madly in love and already consider themselves married.

"I'm completely with him, and he's completely with me. It's what I was born for, you know. I don't know what else to say," she told CNN in August of the now gray-haired killer, who has a swastika tattooed on his forehead.

She said she had been following Manson's "philosophy" since she was a teenager and moved to Corcoran, where the convicted murderer is detained, to be closer to him.

They talk every day and she visits him at California State Prison most weekends, Burton said.

He was sentenced to death in 1969 along with four of his disciples for having led the killing of seven people, but their sentences were later commuted to life in prison.

In 2012, Manson applied for parole but was denied release and is not eligible to apply again until 2027.

Manson headed an apocalyptic cult that committed murders in upscale, mostly white neighbourhoods of Los Angeles in order to blame the crimes on African Americans, in the hope of sparking a "Helter Skelter" race war.