Hagel resigns as US Defense secretary 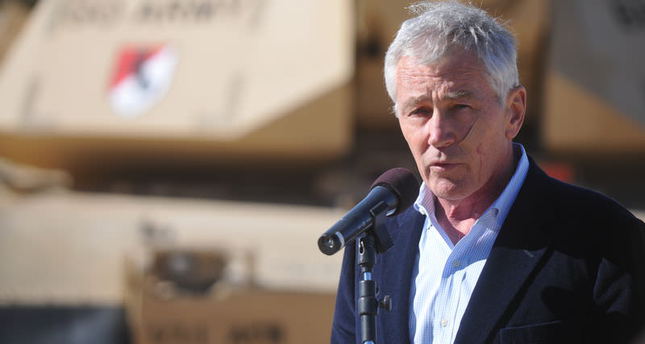 by Anadolu Agency
Nov 24, 2014 12:00 am
U.S. Defense Secretary Chuck Hagel has resigned after a public adress that included President Obama, ending nearly two years in the Pentagon's top job after a bruising mid-term election that undermined President Barack Obama's Democrats in Congress. Obama confirmed the resignation during the press conference thanking Hagel for his efforts.

Hagel, who had struggled to improve his ties with Congress after a contentious 2013 confirmation hearing, submitted his resignation letter after lengthy discussions with Obama that began in October, officials said.

"A successor will be named in short order, but Secretary Hagel will remain as Defense Secretary until his replacement is confirmed by the United States Senate," a senior Obama administration official said.