Obama: US 'has more work to do' on race relations 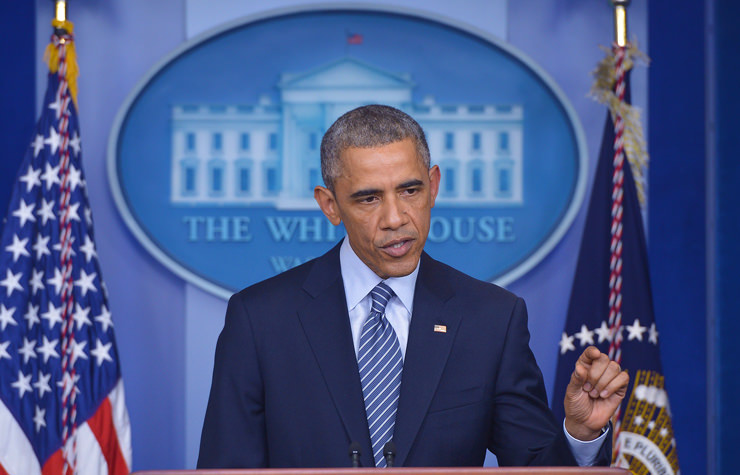 by Nov 25, 2014 12:00 am
President Barack Obama issued an appeal on Monday for restraint by protesters and police after a Missouri grand jury decided not to indict a white police officer in the shooting death of a black teen last August.

In a late-night appearance in the White House briefing room, Obama also urged Americans to understand that much work remained to be done to improve relations between black Americans and law enforcement.

Angry crowds in Ferguson, Missouri, took to the streets on Monday night and there were flashes of violence after the grand jury determined there was no probable cause to charge officer Darren Wilson in the shooting of 18-year-old Michael Brown.

The shooting set off weeks of sometimes violent protests in the St. Louis suburb and highlighted racial tensions in the community.

Obama said there were still many parts of the country where a deep distrust existed between law enforcement and communities of color, and that steps must be taken to improve the situation, such as increasing the number of minority people who enter the police ranks.

"Some of this is the result of racial discrimination in this country and this is tragic because nobody needs good policing more than poor communities with higher crime rates. The good news is we know there are things we can do to help," he said.

About 200 protesters demonstrated peacefully outside the White House on Monday night, holding signs and chanting: "We are Michael Brown."

Obama has weighed in on questions of race previously. When black Florida teenager Trayvon Martin was killed by a neighborhood watch volunteer in 2012, Obama said: "If I had a son, he'd look like Trayvon."

In 2009, he criticized the police handling of the arrest of Harvard University professor Henry Gates, saying police acted "stupidly."