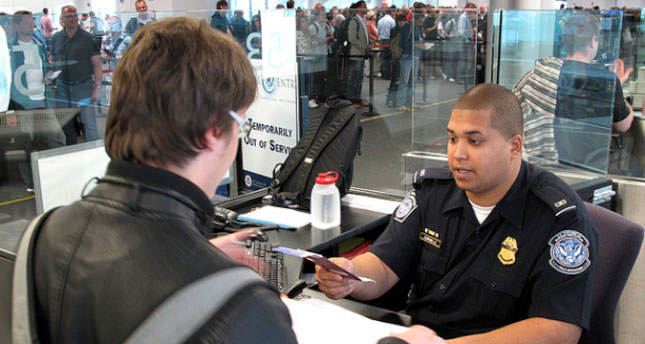 by Daily Sabah with Agencies Dec 05, 2014 12:00 am
The U.S. Congress approved legislation on Wednesday that allows Israelis visa-free travel to the country under the U.S.-Israel Strategic Partnership Act. This latest move is considered an indication of deepening ties that have recently shown signs of strain. The bill, passed by a voice vote in the House, now goes to President Barack Obama for his signature. It calls only for Israel's inclusion in the U.S. Visa Waiver Program when it meets the requirements, the most elementary of which is reciprocal treatment for Americans.

In an attempt to ameliorate the already strained relationship, the measure reflects "the sense of Congress that Israel is a major strategic partner of the United States," and declares Washington's "unwavering support" for Israel as a Jewish state.

In addition to visa exemption, the legislation would also expand the U.S. weapons stockpile in Israel by some $200 million in value, to a total of $1.8 billion, so that the Pentagon can be better prepared to conduct military operations in the volatile Middle East.

It also, crucially, allows Israel to use the weapons in the event of an emergency, as it did this summer during its operation "Protective Edge" in Gaza. Earlier this year, Congress dramatically increased U.S. funding for Israel's Iron Dome missile defense system, to $351 million for fiscal year 2015 from $235 million the previous year.

The U.S.-Israel relationship has been strained over recent weeks. Israel's settlement project on occupied Palestinian territory has faced growing criticism from the U.S. while Israeli Prime Minister Benjamin Netanyahu defends the project, which includes major construction efforts in the area and increasing the number of Jewish settlers in the enclave. The U.S., Israel's strongest ally, stressed growing concern over Israeli plans over east Jerusalem. A U.S. official's slur about Netanyahu further strained relationship between the United States and Israel. The U.S. State Department said the name-calling of Netanyahu was an "inappropriate depiction" while stressing the "unshakable" ties between the two countries in an effort to ease the ongoing tension.

The U.S. legislation comes after Israel prepares to introduce policies that discriminate against Palestinians in its territory under the Jewish state bill that destroys the democratic character of the country. Israel has long insisted Americans on the Palestinian population registry aren't always entitled to cross its borders as a condition of the Oslo Peace Accords. The Israeli government applies the rules to "anyone who has parents or grandparents who were born or lived in the West Bank or Gaza," even if they are U.S. citizens and don't claim Palestinian nationality, according to the State Department.