US Navy investigates sexual harassment of women aboard submarine 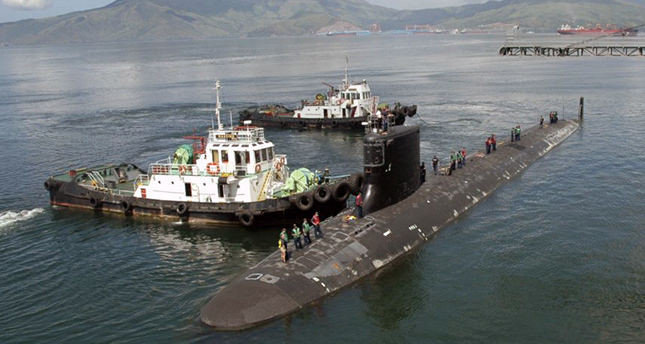 by Associated Press Dec 05, 2014 12:00 am
The Navy has launched a sexual misconduct investigation into allegations that illegal video recordings were made aboard a submarine that was among the first to allow American women to serve alongside men.

Vice Adm. M.J. Connor, commander of the Navy's submarine force, said in a letter dated Thursday that the suspects, who were also accused of distributing the videos, have been removed from the USS Wyoming while an investigation is conducted. The nuclear-armed submarine is based at Kings Bay Naval Submarine Base in Georgia.

Connor didn't describe the content of any recordings. His letter came a day after the Navy Times reported female officers on the Wyoming were secretly recorded undressing.

The Navy says 59 women now serve on American submarines after it began integrating the previously all-male force in 2011.