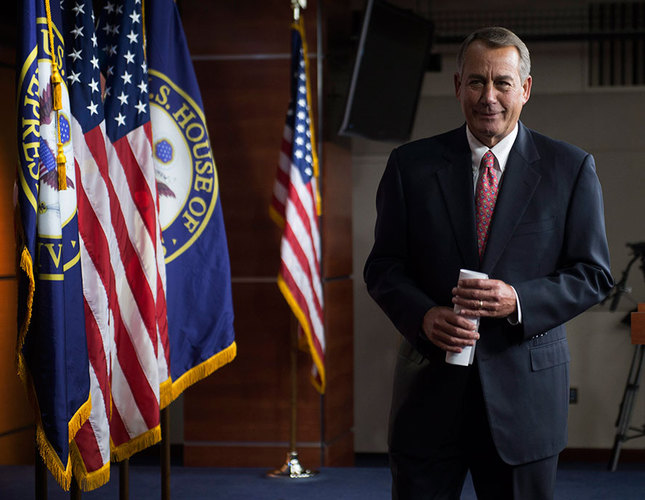 by Daily Sabah with AA Dec 12, 2014 12:00 am
The U.S. House of Representatives passed a $1.1 trillion spending bill late on Thursday night, as the Senate and House moved for a two-day extension of current spending levels to give the Senate time to vote on the bill.

The House was expected to hold a vote much earlier on Thursday, but last-minute political wrangling over a series of stand-alone provisions on issues ranging from pensions to easing bank regulations left lawmakers with a rapidly approaching deadline.

The House passed the bill with just under two and a half hours left before the deadline, prompting the need for an extension.

The bill was accepted with 219 votes against 206, barely passing the 218 votes required to pass from The House. 57 Democratic deputies also supported the bill.

The bill funds the U.S. government through September 30, 2015, the end of the next budget year, and adheres to strict spending caps demanded by fiscal conservatives. Nearly all of the government, with the exception of the Department of Homeland Security, will be funded normally.

Funding for Homeland Security will run out on February 27, which could provide a political opportunity for Republicans who took issue with President Barack Obama's use of executive powers to expand protections to about five million undocumented immigrants.

The government was set to run out of funding at midnight, but the two-day extension of current spending means a vote in the Senate could take place as early as Friday.

President Barack Obama is expected to sign the bill after it passes the Senate.

The US government was forced to enter a shutdown between October 1 and 17, 2013, as the bill failed to pass on time due to the disagreement among Democrats and Republicans.