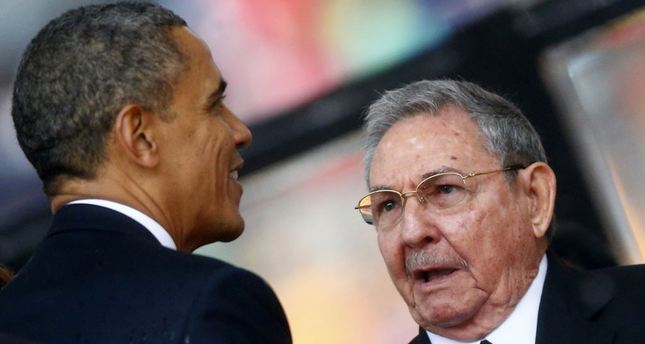 by Associated Press Dec 17, 2014 12:00 am
U.S. President Barack Obama declared the end of America's "outdated approach" to Cuba Wednesday, announcing the re-establishment of diplomatic relations as well as economic and travel ties with the communist island — a historic shift in U.S. policy that aims to bring an end to a half-century of Cold War enmity.

"Isolation has not worked," Obama said in remarks from the White House. "It's time for a new approach."

As Obama spoke, Cuban President Raul Castro was addressing his own nation from Havana. Obama and Castro spoke by phone for more than 45 minutes Tuesday, the first substantive presidential-level discussion between the U.S. and Cuba since 1961.

Wednesday's announcement followed more than a year of secret talks between the U.S. and Cuba. The re-establishment of diplomatic ties was accompanied by Cuba's release of American Alan Gross and the swap of a U.S. spy held in Cuba for three Cubans jailed in Florida.
Last Update: Dec 17, 2014 7:20 pm
RELATED TOPICS