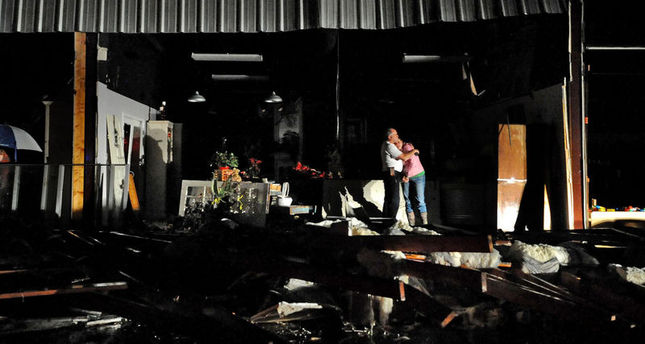 by Dec 25, 2014 12:00 am
At least four people were killed in tornadoes that struck southeastern Mississippi on Tuesday, coroner and emergency management officials said.

Two of the fatalities occurred in Marion County, a woman who died at a shopping strip and another in a trailer home, when a twister ripped through the rural town of Columbia, Mississippi, in late afternoon, county Coroner Norma Williamson said.

Two more people were killed in a separate tornado that hit Jones County, to the northeast, about an hour later, and those victims were believed to have died in their homes, county emergency management spokeswoman Tammy Wells said.