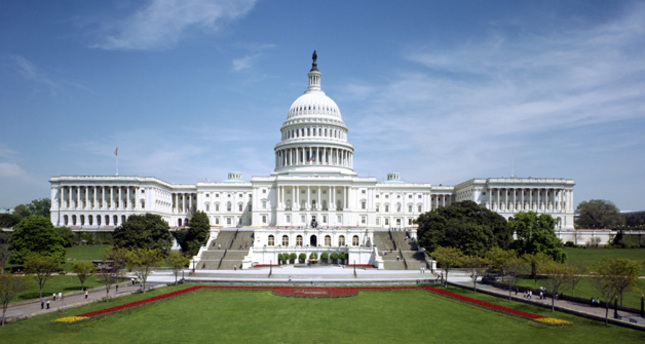 Diplomatic relations between the two neighbors were severed in 1959 after communist rebels deposed Cuban President Fulgencio Batista, leading to a U.S. economic embargo on the island and an unsuccessful coup attempt against President Fidel Castro. Relations never quite recovered.

But just weeks before year's end, the Obama administration announced a diplomatic opening with Cuban President Raul Castro, saying that it would open an embassy in Havana in the coming months and would ease travel and economic remittance restrictions. This followed a spy swap between the countries and the release of an American contractor held for five years in Cuba on charges of espionage.

The administration is likely to face significant congressional resistance to the detente, making any attempt to fully lift the embargo a herculean task.

The Aug. 9 shooting of Michael Brown in the suburbs of St. Louis ignited demonstrations that persist to this day. At their worst, protests resulted in mass vandalism to surrounding neighborhoods and a strong-armed police crackdown. At their best, they have shown Americans united against injustice, regardless of race. Calls for justice for Brown, and others like him, have not ceased and, in fact, have led to sporadic nationwide protests that have drawn thousands. The lack of an indictment for the police officer in Brown's case and in the case of Eric Garner who died from an illegal chokehold when New York police attempted to place him under arrest, only furthered the calls for justice. In December, thousands flooded the nation's capital with familiar chants of "Black lives matter," and "I can't breathe" – Garner's final words. They demanded lawmakers change laws and ensure that the government can impartially respond to cases of alleged police brutality. In a disturbing development on Dec. 20, Ismaaiyl Brinsley, 28, shot dead two New York police officers who were sitting in their patrol car. Brinsley, who posted his intentions on social media shortly before the murders, fatally shot himself while being pursued by police. Rights leaders denounced his actions and asked activists to refrain from protests until after the officers' funerals.

After 13 years of conflict and stabilization efforts, the U.S. is set to end its combat mission in Afghanistan at year's end. Along with NATO, the U.S. invaded Afghanistan after the Taliban refused to hand over Osama bin Laden following the Sept. 11 attacks. On Jan. 1, 2015, U.S. forces in Afghanistan will be reduced to 13,000 – down from more than 10 times that number in 2011. The remaining troops will largely adopt advisor roles and assist Afghan forces' missions in the beleaguered country as the Taliban ramps up efforts to retake control of the country it once ruled. If the group is successful, U.S. efforts to support the central government in Kabul will be for naught. Without a significant combat force ready to adopt an offensive role in support of Afghanistan's fledgling military forces, the country's future is anyone's guess.

Republicans were predicted to make gains in the mid-terms but few saw the seismic shift that came when Republicans seized control of the Senate and tightened their hold on the House of Representatives. In all, Republicans picked up nine seats in the 100-seat Senate increasing their representation to 54 seats. In the House, Republicans netted an additional 13 seats, bringing their total there at 247 of the 435 seats. Obama said that in conversations with Republican congressional leaders he got the impression "that they are serious about wanting to get some things done." This issue could be the defining factor of Obama's final two years in office. As he said: "The devil's in the details."

A five-year Senate inquiry into the CIA's interrogation techniques following the 9/11 terror attacks shed a grisly light on the agency's program. The report showed that the CIA employed the use of nudity, waterboarding, and sleep deprivation for as long as 180 hours and unnecessary rectal rehydration and feeding. There was an account of a prisoner who was chained to a wall in a standing position for 17 days. Some detainees "literally looked like a dog that had been kenneled" and "cowered" when their cells were opened, said a senior CIA interrogator. Moreover, the Senate report found that the techniques led some detainees to produce fabricated information. And of the 119 prisoners in CIA custody during the time of the program, at least 26 were wrongfully held. The program was halted shortly after Obama assumed office in 2009.