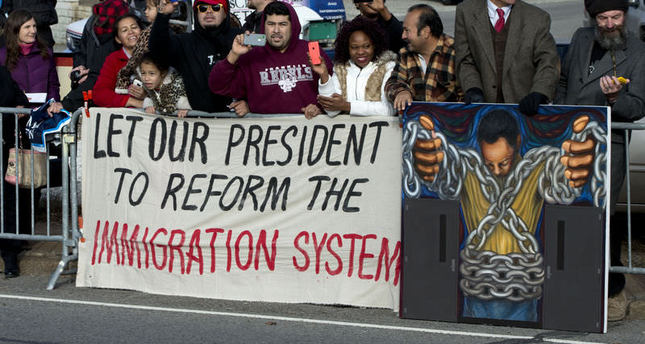 by Associated Press Jan 14, 2015 12:00 am
The House of Representatives has voted to overturn President Barack Obama's executive actions on immigration that extended protections to millions of people in the U.S. illegally.

The fight over immigration is just one of several battles between Obama and Republicans who now control Congress.

The 237-190 largely party-line vote Wednesday was on an amendment to a spending bill for the Department of Homeland Security.

The amendment nullifies the executive actions Obama announced in November that provided three-year stays of deportation, along with work permits, to some 4 million immigrants in the U.S. illegally. It also rolls back earlier directives to law enforcement aimed at prioritizing deportations of people with serious criminal records.