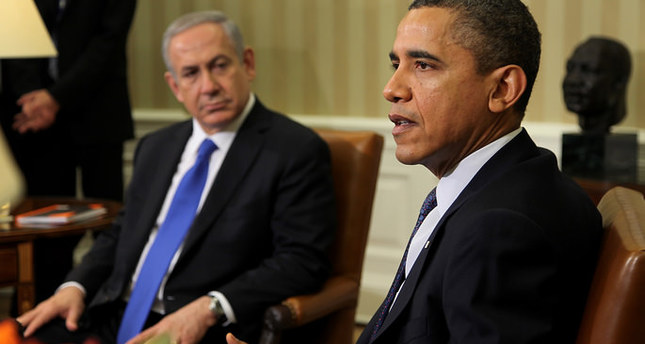 by Jan 28, 2015 12:00 am
U.S. President Barack Obama said he declined to meet with Benjamin Netanyahu during the Israeli leader's visit to the United States in March because it would be "inappropriate" two weeks before an election in that country.

Netanyahu's trip has become a diplomatic sore point with political overtones on both sides. U.S. House of Representatives Speaker John Boehner, a Republican, invited the Israeli prime minister to address Congress without informing the White House or congressional Democrats.

A meeting so close to Israel's March 17 election could be seen as helping Netanyahu.

"I'm declining to meet with him simply because our general policy is we don't meet with any world leader two weeks before their election," Obama said in an excerpt of a CNN interview released on Wednesday.

"I think that's inappropriate, and that's true with some of our closest allies," the Democratic president told the television network.

As an example, Obama said British Prime Minister David Cameron scheduled his recent visit to Washington far enough from his country's election so "that it doesn't look like in some ways we're meddling or putting our thumbs on the scale."

Netanyahu's trip also comes amid delicate negotiations between world powers and Iran over its nuclear program. Some U.S. lawmakers, Democratic and Republican, have embraced Israel's skepticism on the talks and want to impose additional economic sanctions on Tehran. Senate Democrats said on Tuesday they would hold off on pushing for sanctions for two months.

Netanyahu, whose relations with Obama are strained, has defended his planned speech as a moral obligation and a strategic necessity. He said on Sunday his priority was to urge the United States and other powers not to negotiate an Iranian nuclear deal that might endanger Israel.

The Obama administration has said negotiations are crucial to maintaining pressure on Tehran and hopefully achieve a breakthrough by the end of June.

"For us to undermine diplomacy at this critical time for no good reason is a mistake," Obama said in the interview.