New York Jews protested Netanyahu for his US visit 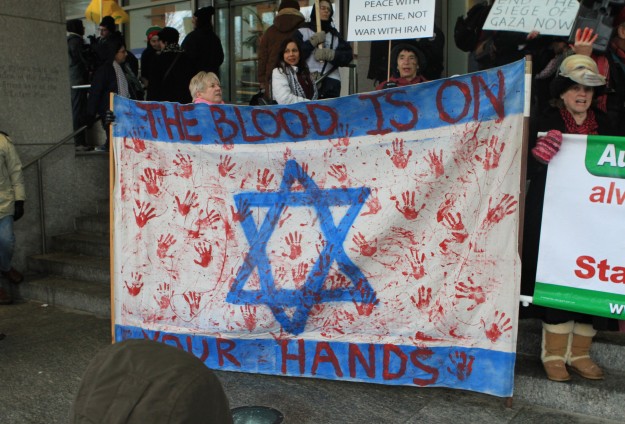 Demonstrators protested in front of the Israeli consulate in Manhattan to protest Netanyahu's controversial address to the U.S. Congress.

The Israeli leader was invited to speak by House Speaker John Boehner in a move that bypassed established protocols and was seen as an affront to the Obama administration.

"We feel that Netanyahu came today to speak to the Congress for campaigning issue," said protester Abraham Gutman. "He essentially is getting a free campaigning ad on United States taxpayers' dollars."

Netanyahu's visit comes two weeks before he will fight for re-election in the Israeli elections on March 17.

Tamar Glezerman, another protester, said the Israeli public was suffering from Netanyahu not only on policies regarding Palestine but on multiple issues, including the economy, welfare, education and housing crisis.

"The only thing he knows how to do is fear mongering and he has come all the way here to do some more of that," she said.

In his speech to Congress on Tuesday, Netanyahu assailed a prospective nuclear deal with Iran in defiance of the Obama administration's ongoing negotiating efforts.

Outside of the Capitol building, where the speech was delivered, dozens of protesters urged lawmakers to resist Netanyahu's calls.
Last Update: Mar 04, 2015 10:01 am
RELATED TOPICS