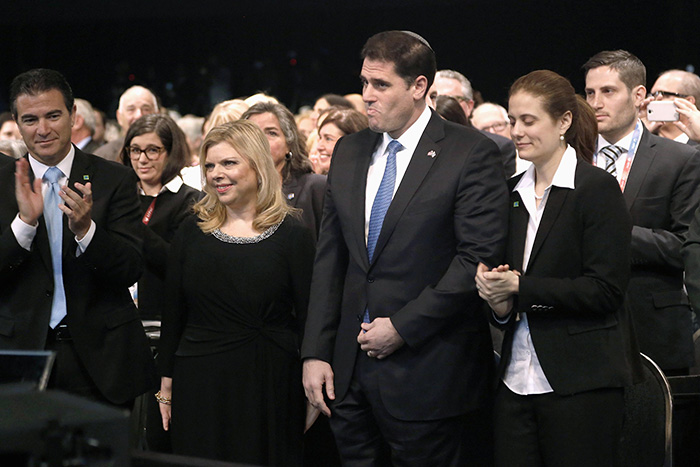 by Anadolu Agency Mar 05, 2015 12:00 am
Israeli Ambassador to the U.S. Ron Dermer is viewed by Washington as a persona non grata due to his role in coordinating a controversial address delivered by Prime Minister Benjamin Netanyahu to the U.S. Congress this week, an Israeli newspaper has reported.

In a report quoting unnamed U.S. officials, Israeli daily Haaretz reported on Thursday that Dermer was seen by Washington as an "instigator" who "concocted Netanyahu's Congress speech behind [U.S. President Barack] Obama's back with John Boehner, the Republican speaker of the House of Representatives."

The report said that Obama administration sources had "implied" that Dermer would have to be replaced in order to ease the unprecedented tension between Washington and Israel caused by Netanyahu's address before congress, which was made without the administration's approval.

U.S.-born Dermer, 45, is known to have close ties to Netanyahu, serving as the latter's advisor before being appointed ambassador to the U.S. in 2013.

On Tuesday, Netanyahu gave a 45-minute speech before both houses of U.S. Congress in which he urged U.S. lawmakers to reject a proposed deal with Iran over the latter's nuclear energy program.