Tea party may become a third party in US 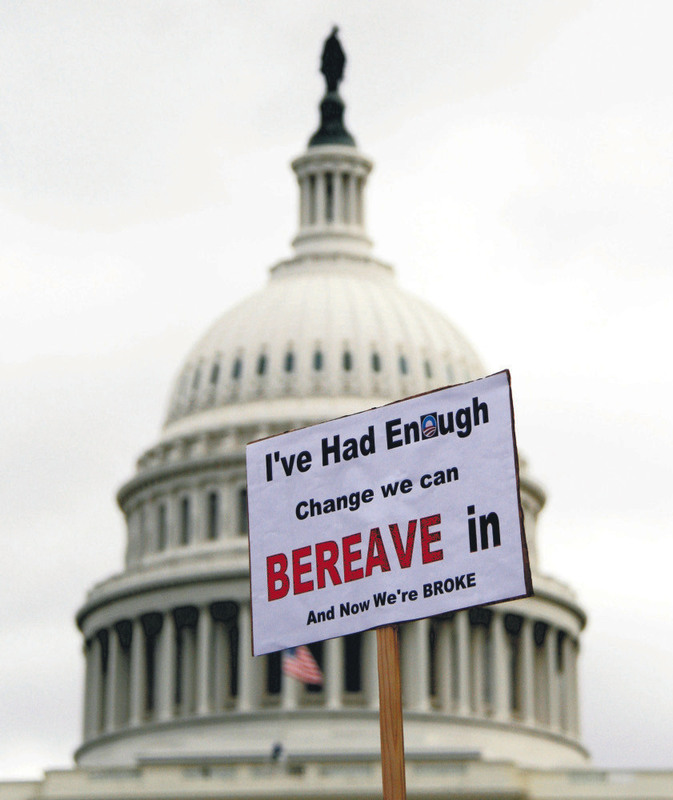 by Associated Press Mar 09, 2015 12:00 am
The political chaos in the first two months of the new Congress, despite Republican control in both houses, may signal that the tea party is morphing into a quasi-third party, a deeply conservative band of legislators who routinely thwart Republican vows of effective government. Most recently, a group of tea party Republicans forced House of Representatives Speaker John Boehner to turn to Democrats to pass a funding bill for the Department of Homeland Security, particularly striking at a time when the U.S. is battling Islamic State group attempts to hold huge parts of Syria and Iraq and wreak havoc in North Africa. The battle over Homeland Security funding hinged on 52 Republicans who refused to approve the measure unless it included a section that would overturn President Barack Obama's executive action that temporarily lifted the threat of deportation for millions of people in the country illegally. While the Republican advantage in the House is 245-188, the largest majority in 70 years, Boehner was finally forced to rely on Democrats on a key vote to fund the department.

It was a huge embarrassment for Boehner personally and the Republicans more largely. The speaker kept a brave face, siding with tea party demands on immigration until he had to quietly change tactics, dropping the extraneous measure so the department would not go unfunded, at least for a week. Full funding then passed the House with 182 Democrats in the chamber voting for it, along with 75 Republicans. But 167 Republicans voted against it, a striking rebuke to Boehner. Republican Rep. Tim Huelskamp, one of Boehner's strongest critics, said a fierce struggle between establishment Republicans and "grassroots conservatives" is brewing. "The war is on," he said. And that likely will show itself in continued infighting within party ranks and between the House and the Senate over pending issues like passing a budget, increasing the nation's borrowing authority and passing a new use of force agreement for Obama in the battle against Islamic State group militants. Robin Lauermann, a political scientist at Messiah College, thinks the "war" Huelskamp speaks of will eventually lead to an open split between tea party Republicans and their more mainstream party colleagues. "I think it continues until you have the fatal error, the fatal decision that does not get made that creates a catastrophe, or the fatal decision that does get made," Lauermann said.

That could well happen over Obama's health care program, she said. The U.S. Supreme Court is preparing to rule later this year on the constitutionality of a part of the law. If the court rules against the government, Obamacare could be gutted. While the program isn't widely popular in the United States, a sufficient number of people have begun to see the benefit and could turn against Republicans. That may force the mainstream to kick out the tea party so that mainstream Republicans can begin to find acceptable replacement legislation.

James Riddlesperger, political scientist at Texas Christian University, says the tea party is the right-wing fringe of a mainstream Republican party that realizes it must "close the gap with Democrats on some things" if government is to function with any sort of normalcy. That's what happened with Boehner when the chamber finally voted to fund the Homeland Security without demands for repeal of Obama's immigration tactics. That reality will leave the tea party more isolated as Republicans look forward to the 2016 presidential contest. "It's one thing to get the Republican nomination for president, but it's another thing to win the national election," Riddlesperger said. "You have people saying Jeb Bush is the front-runner, and while that may be true, Jeb Bush is not going to be a candidate that appeals to the tea party."
Last Update: Mar 09, 2015 11:42 pm
RELATED TOPICS