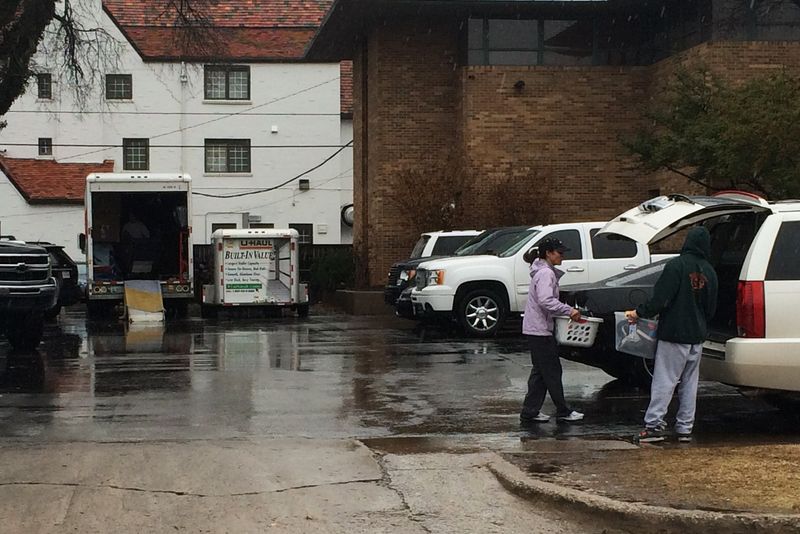 by Mar 09, 2015 12:00 am
The University of Oklahoma banned a fraternity on Monday over a video showing members singing a song about killing and and excluding African-Americans, using a racial slur.

"We won't tolerate this," university President David Boren said on Monday. "These values are not our values."

He said Sigma Alpha Epsilon (SAE) was being immediately evicted from its fraternity house near the campus in Norman, Oklahoma, and members must remove their belongings by midnight Tuesday.

The video emerged Sunday after being reportedly leaked to the student newspaper at the university, which has an enrollment of more than 30,000.

The video, which was released on the internet, shows young men in formal wear on a charter bus singing a song that alludes to lynching and the exclusion of blacks from the fraternity.

"You can hang them from a tree, but he can never sign with me. There will never be a nigger in SAE," the bus passengers sing, led by a young man in a black tuxedo and bow tie, standing in the aisle and holding a microphone.

Boren said that the university was investigating possible disciplinary action against individual participants as well as the behaviour of the chapter, he said.

"We will look at all possible punishment ... even up to and including expulsion," he said.

The national headquarters of the Sigma Alpha Epsilon fraternity said it had closed the University of Oklahoma chapter within hours of the video emerging. All chapter members were suspended those involved in the bus video could have their membership permanently revoked.

"I was not only shocked and disappointed but disgusted by the outright display of racism displayed in the video," SAE national president Brad Cohen said. "SAE is a diverse organization, and we have zero tolerance for racism or any bad behaviour."

Racial discrimination has been highlighted since the police killing in August of an unarmed black teenager in Ferguson, Missouri, a state bordering Oklahoma in the central United States.

A police car was parked outside the SAE house Monday as members loaded suitcases and laundry baskets into cars and moving trailers, the university's student newspaper reported.

Boren said the fraternity would never be welcome back on the campus while he is president.