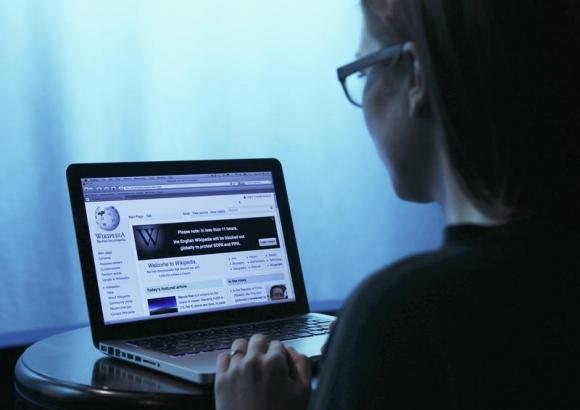 by Mar 10, 2015 12:00 am
The U.S. National Security Agency was sued on Tuesday by Wikimedia, the owner of the Wikipedia, and other rights groups, including Amnesty International, challenging one of its mass surveillance programs that they said violates Americans' privacy and makes individuals worldwide less likely to share sensitive information.

The lawsuit filed in federal court in Maryland, where the spy agency is based, said the NSA is violating U.S. constitutional protections and the law by tapping into high-capacity cables, switches and routers that move Internet traffic through the United States.

The case is a new potential legal front for privacy advocates who have challenged U.S. spying programs several times since 2013, when documents leaked by former NSA contractor Edward Snowden revealed the long reach of government surveillance.

Other lawsuits have challenged the bulk collection of telephone metadata and are pending in U.S. appeals courts.

The litigation announced on Tuesday takes on what is often called "upstream" collection because it happens along the so-called backbone of the Internet and away from individual users.

The plaintiffs include the Wikimedia Foundation, which runs the online encyclopedia Wikipedia, the conservative Rutherford Institute, Amnesty International USA and the National Association of Criminal Defense Lawyers, among other groups.

The groups said in the lawsuit that upstream surveillance "reduces the likelihood" that clients, journalists, foreign government officials, victims of human rights abuses and other individuals will share sensitive information with them.

Legal standing, which requires the organizations to show individual, particular harm, is the most significant obstacle for them, said Stephen Vladeck, a professor at American University Washington College of Law.

While it might stand to reason that the plaintiffs' communications are being intercepted, they can only use legally public information, which the government has acknowledged or declassified, to show harm, Vladeck said. It is "not beyond the pale" that the government could make more information public while the lawsuit is pending, he said. For now, the lawsuit is a "longshot" according to Vladeck.

An Obama administration official said: "We've been very clear about what constitutes a valid target of electronic surveillance. The act of innocuously updating or reading an online article does not fall into that category."

The U.S. Department of Justice, which was named as a defendant along with the NSA, said it was reviewing the lawsuit. The NSA did not immediately respond to requests for comment.

Another potential roadblock for the groups is that the government could try to assert what is known as the state secrets privilege, saying that continuing with the lawsuit would expose classified information, said Carrie Cordero, director of national security studies at Georgetown University Law Center.

Tretikov and Wikipedia founder Jimmy Wales wrote in the New York Times' opinion pages that they were concerned about where data on their users ends up after it is collected in bulk by the NSA. Citing close intelligence ties between the United States and Egypt, they said a user in Egypt would have reason to fear reprisal if she edited a page about the country's political opposition.

The U.S. Supreme Court in 2013 rejected another challenge to NSA surveillance of email and other communications, ruling that a similar coalition of plaintiffs did not prove they had been spied upon or would be.

The ruling, however, was made just three months before the first of Snowden's revelations. Documents made public by Snowden support the right to sue, said Patrick Toomey, one of the American Civil Liberties Union lawyers working on the lawsuit.

Toomey said that with upstream collection, the NSA systematically taps into Internet message traffic between U.S. and overseas users as it moves in and out of the United States over fiber-optic cables.

The NSA then systematically sweeps through the vast amount of content for anything relating to specific individuals or groups considered by U.S. agencies to be intelligence targets, according to the documents leaked by Snowden.

Consequently, Toomey said, anyone inside the United States who sends or receives messages via the Internet to or from someone outside the country is likely to have had messages examined in some way by NSA.