Canadian government accused of stoking fear and prejudice against Muslims 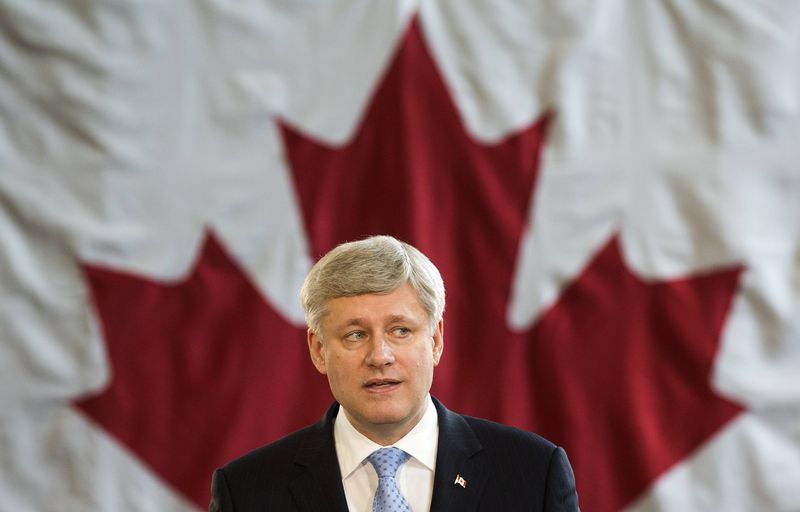 by Anadolu Agency Mar 11, 2015 12:00 am
Canadian Prime Minister Stephen Harper's ramping up of opposition to the niqab became the target of politicians and the public on Wednesday.

Harper insists that wearing a veil during citizenship ceremonies is "offensive" and that the niqab is "rooted in a culture that is anti-women."

But Amira Elghawaby of the National Council of Canadian Muslims "respectfully disagrees" with the prime minister.

"What I actually think is anti-women is for the state or anyone at all to be telling women what they can or cannot wear," she told CTV News on Wednesday. Elghawaby has allies in federal opposition party leaders.

The sarcastic hashtag, #DressCodePM, that makes fun of Harper's opposition to the niqab, is trending on Twitter.

And while Harper's push to ban niqabs at citizenship ceremonies is ongoing, Liberal leader Justin Trudeau accused the government of tactics that are deliberately stoking public fear of Muslims.

The government will appeal a court decision last month that struck down the law that forbade niqabs to be worn at citizenship ceremonies.

But while leaders squabbled over the face veils, a cabinet minister in Harper's government seemed to run counter to the prime minister by saying Muslim women are free to wear them while working for the government.
Last Update: Mar 12, 2015 10:15 am
RELATED TOPICS