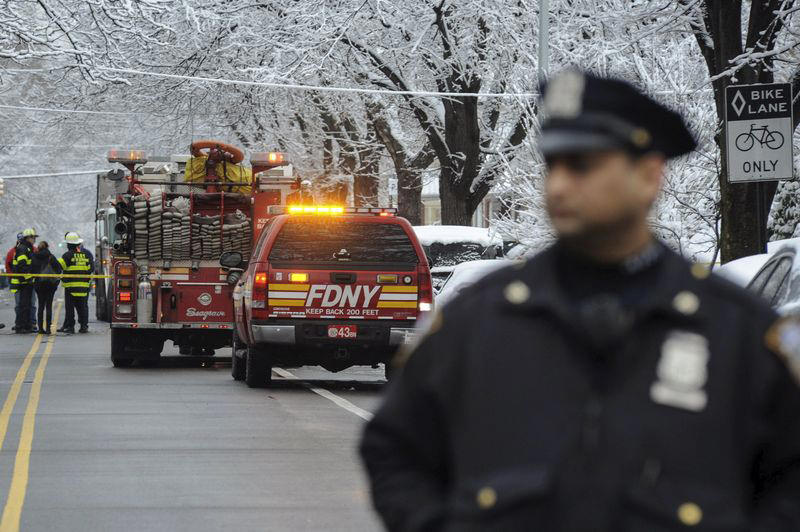 | Photo: Reuters
by Daily Sabah with AP Mar 21, 2015 12:00 am
Seven children died early Saturday in a fire in Brooklyn which may have been caused by a malfunctioning hot plate, authorities said.

The incident took place in a heavily Jewish neighboorhood.

Commissioner Daniel Nigro said the deceased range in age from 5 to 15 years old. He said a woman and teenager survived after jumping from the second floor, AFP reported. The woman is believed to be the mother of all eight children, Nigro said.

The children's father apparently was away during the fire, Nigro said. Authorities did not release the names of the children.
Last Update: Mar 21, 2015 6:23 pm
RELATED TOPICS