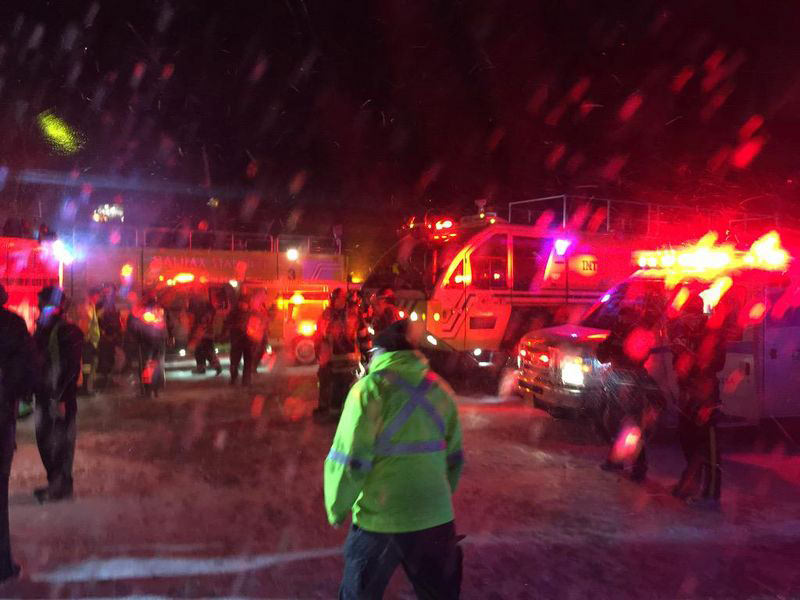 | Photo: AP
by Associated Press Mar 29, 2015 12:00 am
An Air Canada plane came off the runway after making an "abrupt" landing at Halifax Stanfield International Airport in Nova Scotia early on Sunday, officials said.

While all passengers left the plane, some 23 people were taken to a hospital for treatment of minor injuries.

The airline said a preliminary count showed Flight AC624 from Toronto had 132 passengers and five crew members. Flight tracking service FlightAware showed that the plane is an AirbusA320, which has typical seating for 150.

Power at the airport was briefly knocked out, but Nova Scotia Power said they had since restored it. The cause of the outage was not yet clear.

The Halifax region is currently under a snowfall warning, with an Environment Canada alert saying, "Visibility may be suddenly reduced at times in heavy snow."
Last Update: Mar 29, 2015 11:33 am
RELATED TOPICS