US releases suspended aid to Egypt despite human rights violations 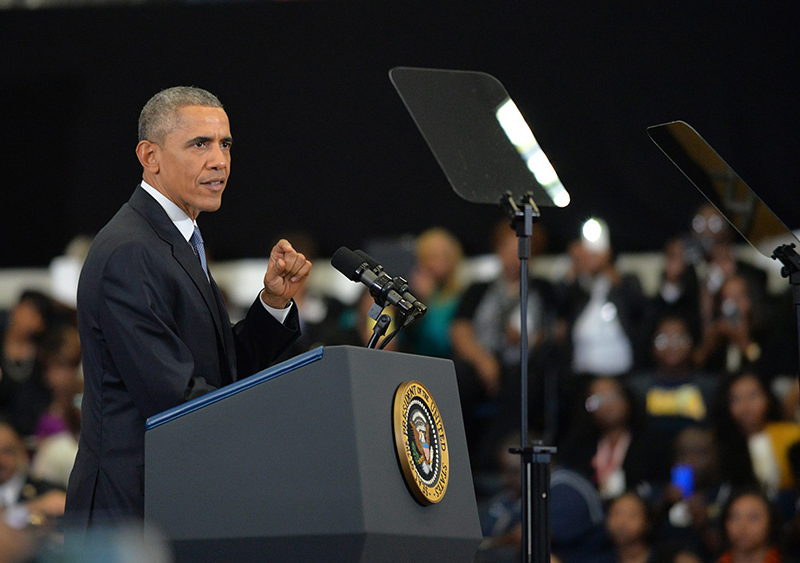 The Obama administration released the suspended military aid to Egypt on the pretext of combatting extremism, despite the el-Sissi government continuing mass human rights violations, according to rights groups

The United States has announced that the weapons embargo that was put into effect after Egypt's first democratically elected President Mohammad Morsi was overthrown by a bloody military coup, led by incumbent President Abdel Fattah el-Sissi, will now be released. The White House said President Barack Obama was freeing up the equipment and making other changes to military ties with Washington's long-time ally to support U.S. interests while encouraging Egypt's political reforms. National Security Council spokesperson Bernadette Meehan said: "President Obama directed the release of 12 Lockheed Martin F-16 aircraft, 20 Boeing Harpoon missiles and up to 125 M1A1 Abrams tank kits made by General Dynamics. This was in the interest of U.S. national security." The White House said the release of the frozen aid is directly related to the growing security threat in the Sinai region posed by al-Qaida-inspired militants that caused the death of dozens of Egyptian security forces over the last two years. The U.S. expressed its intention to modernize the Egyptian army to help counter-terrorism activities. "In this way, we will ensure that U.S. funding is being used to promote shared objectives in the region, including a secure and stable Egypt and the defeat of terrorist organizations," Meehan said in a statement. "Obama told el-Sissi he would continue to ask the U.S. Congress for $1.3 billion in military aid for Egypt per year, but said the United States would stop allowing Egypt to buy equipment on credit starting in fiscal year 2018," Reuters reported. Egypt, which is suffering a fiscal crisis, has been deprived of receiving annual aid but enjoying the Gulf countries' billion dollars-worth of aid, following the coup. The White House said Obama, during his call to el-Sissi, "explained that these and other steps will help refine our military assistance relationship so that it is better positioned to address the shared challenges to U.S. and Egyptian interests in an unstable region, consistent with the longstanding strategic partnership between our two countries." The White House said Obama also reiterated the U.S. concerns about Egypt's continued imprisonment of activists and encouraged increased respect for freedom of speech and assembly.

Egypt has been an ally of the U.S. since 1978 after the Camp David peace treaty was signed between Egypt and Israel that ended decades of tension and conflict between the two neighboring countries. Egypt enjoyed the annual aid from the U.S. until el-Sissi ousted Morsi. After el-Sissi, who had close relations with the Gulf countries, especially Saudi Arabia as well as Russia, took power in 2013, the U.S. froze military aid but resisted calling the power shift a "coup." Moreover, Secretary of State John Kerry said the military action was restoring democracy in Egypt. He said in a televised interview in 2013: "The military was asked to intervene by millions and millions of people, all of whom were afraid of a descent into chaos, into violence. And the military did not take over, to the best of our judgment, so far. To run the country, there's a civilian government. In effect, they were restoring democracy." Republican House of Representatives Armed Services Committee Chairman Representative Mac Thornberry said on Tuesday: "We encourage the government of Egypt to continue its democratic process. But Egypt is also a strong regional ally and maintaining that relationship must be a priority for the U.S."

In line with its general stance, the U.S. voiced its concern weakly against the human rights violations, mass death sentences, arbitrary detentions and the suppression of all opposition groups by the el-Sissi rule, despite the repeated warnings of rights groups. Moreover, the U.S. did not condemn the mass killing of people in Egypt as happened in Rabaa Square in 2013. The systematic and widespread killing of at least 817 demonstrators by Egyptian security forces in July and August 2013 probably amounts to crimes against humanity, Human Rights Watch (HRW) said in a report, released last August. "In Rabaa Square, Egyptian security forces carried out one of the world's largest killings of demonstrators in a single day in recent history," said Kenneth Roth, executive director of HRW. The Cairo administration shook the world frequently last year as Egyptian courts sentenced hundreds of people to death and to life in prison. A recent report by the Egyptian Center for Economic and Social Rights, a local NGO, said that more than 41,000 Egyptians had been subject to prosecution since Morsi's ouster. "The death sentences are yet another example of the bias of the Egyptian criminal justice system. These verdicts and sentences must be quashed and all of those convicted should be given a trial that meets international standards of fairness and excludes the death penalty," said Hassiba Hadj Sahraoui, Deputy Middle East and North Africa Program Director at Amnesty International. "The death penalty is a cruel and inhumane punishment in all circumstances. To impose death when there are serious doubts hanging over the fairness of the trial is outrageous and flouts international law," she added. Egypt announced at least 509 death sentences last year. Amnesty International also expressed concern about countries that resumed the practice of executions.