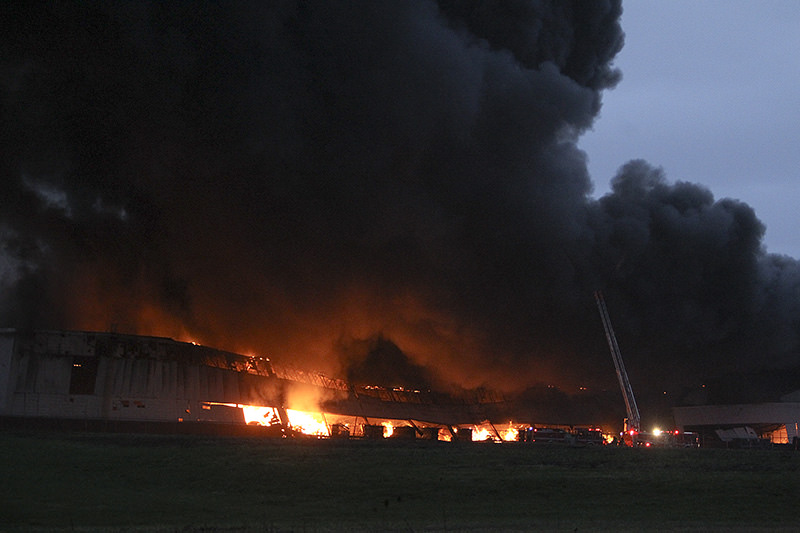 | Reuters Photo
by daily sabah Apr 03, 2015 12:00 am
An enormous fire has broken out on Friday morning at General Electric Appliance Park just outside Lousville, Kentucky, US.

Dozens of firefighters responded to the six-alarm fire, which has already destroyed Building 6 at the GE Appliance Park near Lousville as thick, black smoke covered the sky
.
The industrial park sits in the southeast corner of the city. It's unclear if anyone has been injured, but reports indicate that employees were evacuated as the fire began, New York Daily News reported.