'Jeb Bush, brother of former US President, marked himself as ‘Hispanic’ on voter form' 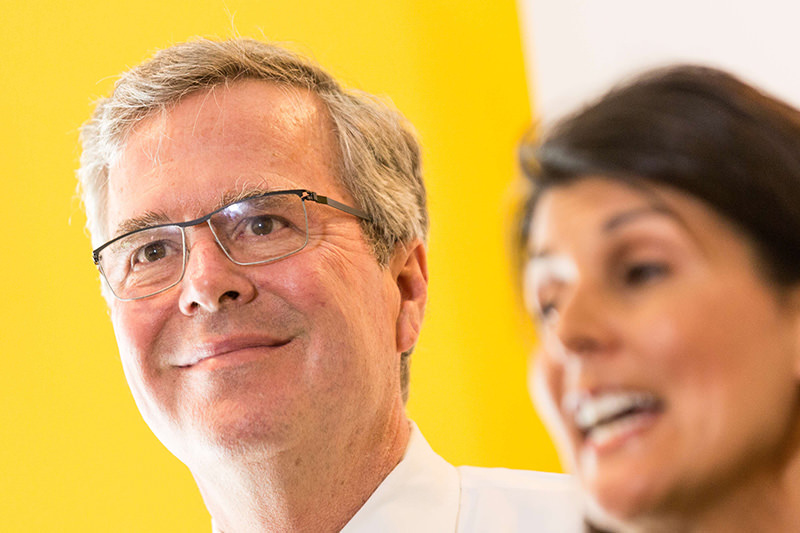 | AFP Photo
by reuters Apr 06, 2015 12:00 am
Likely Republican presidential contender Jeb Bush, who was popular among Spanish-speaking voters while Florida governor, marked himself as 'Hispanic' on a 2009 voter registration application, The New York Times reported on Monday.

The newspaper posted a fuzzy copy of the form, which it said it obtained from the Miami-Dade County Elections Department. The circle marked "Hispanic" was checked. The next circle said "White, not Hispanic," which was not checked.

Carolina Lopez, a spokeswoman for the county elections department, did not immediately return calls to Reuters.

A Bush representative was not immediately available to comment.

Bush, who speaks fluent Spanish and has a Mexican-born wife, had widespread support among Hispanic voters during his two terms as Florida governor.

His stance on immigration has been at odds with the views of many in his party, including when he said last year that illegal immigrants who come to the United States to provide for their families are not committing a felony but an "act of love."
Last Update: Apr 06, 2015 6:05 pm
RELATED TOPICS