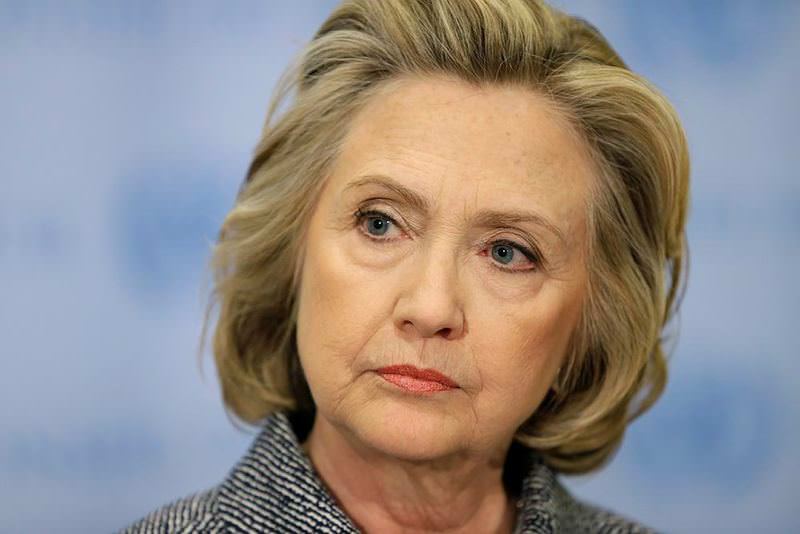 by French Press Agency - AFP Apr 12, 2015 12:00 am
Hillary Clinton launched her bid on Sunday to become the first woman to win the White House, and announced a campaign tour to showcase her support for "everyday Americans."

"I'm running for president," Clinton, a former secretary of state and US first lady, said in a video on her campaign website that went live at about 3:00 pm (1900 GMT) on Sunday.

"Everyday Americans need a champion, and I want to be that champion, so you can do more than just get by. You can get ahead, and stay ahead," she said in the two-minute video.

"Americans have fought their way back from tough economic times. But the deck is still stacked in favor of those at the top," she said.
Clinton, 67, becomes the third major figure to announce her US presidential aspirations.

Senator Marco Rubio is widely expected to announce his campaign on Monday, and ex-Florida governor Jeb Bush is actively considering a run.
With little serious competition on the Democratic side, Clinton immediately becomes the frontrunner for her party's nomination.

She also said in the video that she will soon be "hitting the road to earn your vote."

Presumptive campaign chairman John Podesta told donors and other backers in Sunday emails that Clinton's first campaign stops will be in Iowa - the state that votes first in the primary process early next year to decide the parties' nominees - and that "a formal kickoff event" will be held next month.
Last Update: Apr 13, 2015 10:27 am
RELATED TOPICS