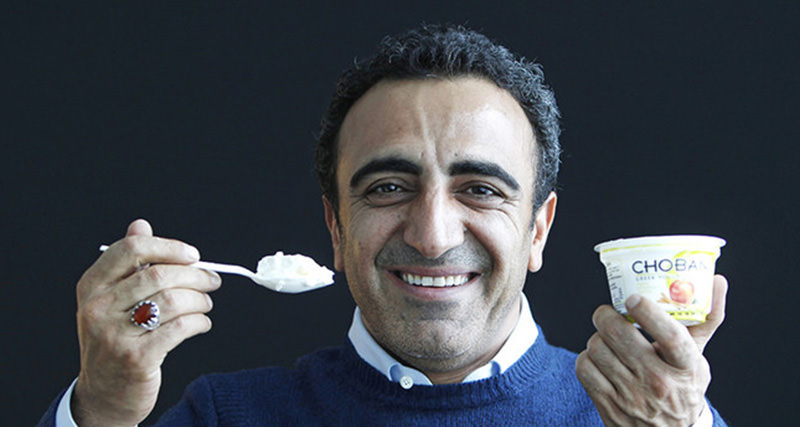 | AP Photo
by Daily Sabah with Wires Apr 17, 2015 12:00 am
Chobani Greek yogurt founder Hamdi Ulukaya settled a $1 billion lawsuit with his ex-wife on Tuesday — just as a judge was about to issue a critical ruling in the case.

Dr. Ayse Giray sued the yogurt mogul in 2012 for a 53 percent share of the $2 billion-plus company, claiming she'd provided a $500,000 investment for a Chobani predecessor.

According to New York Post, the settlement deal was signed by Manhattan Supreme Court Justice Saliann Scarpulla on April 10 and publicly filed on Tuesday.

Details of the settlement were not included in the filing.

A Chobani spokesman declined comment. Giray's lawyer did not immediately return messages. The parties were last in court March 31, when Giray asked the judge to sign a pre-trial order declaring her a shareholder in the predecessor feta cheese company, called Euphrates.

If successful on that request, Giray could pursue her case for over $1 billion in damages.

At the same time, Ulukaya asked the judge to immediately toss the case.

In court last month, Scarpulla pressured the parties to settle.

"I thought you were resolving this! Is it close to resolving?" she barked.

"I do not believe so, your honor," said Giray's lawyer, Richard Feldman, before requesting the judge meet to discuss sticking points.

The parties then met behind closed doors.

Ulukaya, meanwhile, is still chairman and CEO of Chobani. But the company is searching for a CEO and Ulukaya is expected to step down soon.

Private equity firm TPG Capital in April 2014 invested roughly $750 million of equity in the company as it tried to recover from a devastating product recall and slowing sales.