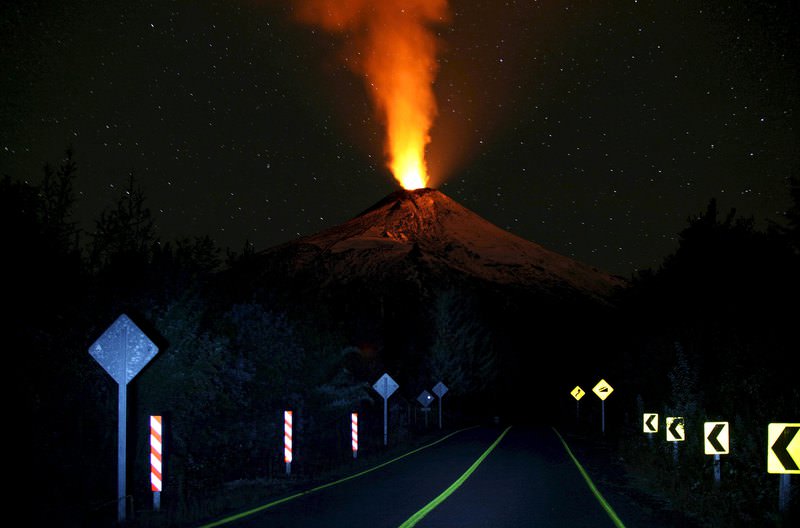 by French Press Agency - AFP Apr 23, 2015 12:00 am
Chile's Calbuco volcano erupted on Wednesday for the first time in half a century, spewing a giant funnel of ash high into the sky near the southern port city of Puerto Montt and triggering a red alert.

The National Emergency Office ordered an evacuation for a 20-kilometer (12-mile) radius around the crater and flights were disrupted.
"The police have given orders and begun to evacuate," said Interior Minister Rodrigo Penailillo.

Twitter users and Chilean media posted pictures of a towering, mushroom-shaped ash cloud rising from Calbuco's snowy peak in the Los Lagos region, some 1,400 kilometers south of the capital Santiago.

It is the second in southern Chile to have a substantial eruption since March 3, when the Villarrica volcano emitted a brief but fiery burst of ash and lava.

No lava was seen in the latest eruption, but an ash cloud that could be seen from 20 kilometers away loomed over the crater, prompting airlines to cancel flights to the affected area.
Last Update: Apr 23, 2015 12:26 pm
RELATED TOPICS