Obama avoids the g-word in his 1915 statement 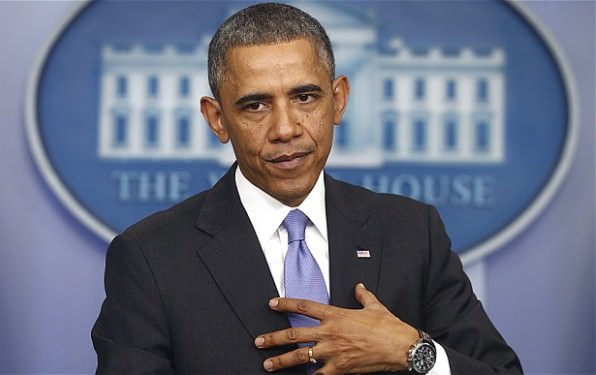 by Ragıp Soylu Apr 24, 2015 12:00 am
President Barack Obama on Thursday night released his long-awaited statement on Armenian Remembrance Day, which immediately angered Armenian-Americans because it failed to recognize Armenian genocide as it was expected.

The statement indeed wasn't much different than the ones released in previous years, marking the centennial of 1915 atrocities by calling it a Meds Yeghern, great calamity in other words. "Beginning in 1915, the Armenian people of the Ottoman Empire were deported, massacred, and marched to their deaths. Their culture and heritage in their ancient homeland were erased. Amid horrific violence that saw suffering on all sides, one and a half million Armenians perished. " the statement said.

However, this year's statement had changed a little but owing to increasing Armenian pressure inside and outside the country against Obama administration's reluctance to use the g-word officially.

Obama took a step forward this year to satisfy Armenians by mentioning Pope Francis who famously described 1915 incidents as genocide last week and found himself in a free fallout with Turkish government. "We welcome the expression of views by Pope Francis, Turkish and Armenian historians, and the many others who have sought to shed light on this dark chapter of history. " the statement read.

Although President Obama insisted in the statement that his view had not changed on what occurred in 1915, Armenian National Committee of America (ANCA), was very quick to issue a rebuke over the night against Obama's preference of words not to dissapoint Turks.


"The sad spectacle of President Obama playing word games with genocide, so obviously dodging the truth at the direction of a foreign power, falls beneath the dignity of the American people" said Aram Hamparian, ANCA's Executive Director in a Facebook post.

Turkey and Armenia disagree on what happened during the events that took place between 1915 and 1923, with Armenia saying that 1.5 million people were deliberately killed, and Turkey saying the deaths were a result of deportations and civil strife.

Turkish-Armenian relations have remained strained for decades due to Armenia's constant demand for Turkey to officially accept the Armenian claims of "genocide." Tensions peaked in 1993 when Turkey closed its borders with Armenia in reaction to the war in Nagorno-Karabakh and in support of its close ally Azerbaijan.

Last year, then Prime Minister Recep Tayyip Erdoğan made attempts to thaw tensions between the two countries by issuing a message ahead of the 99th anniversary of the 1915 incidents. In an unprecedented move, Prime Minister Erdoğan extended his condolences to the grandchildren of the Armenians who lost their lives in the 1915 events.