Baltimore and Ferguson: ‘A slow-rolling crisis’ in the US 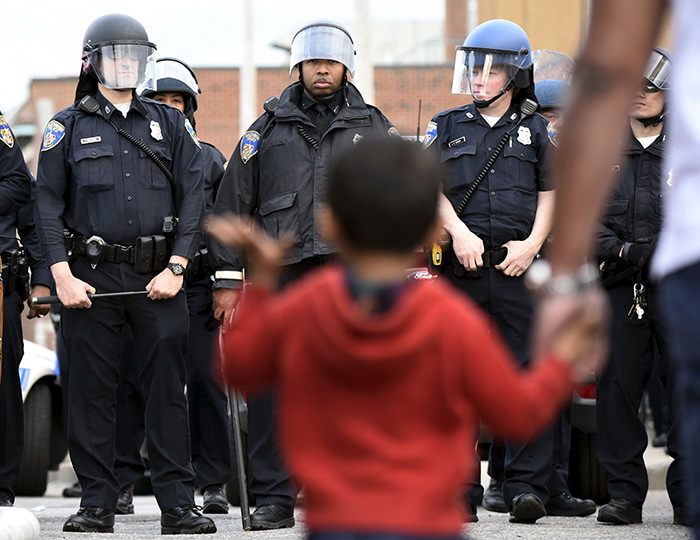 Nationwide protests after the death of Freddie Gray in police custody is just the latest in a long line of brutal police conduct that is a symptom of the endemic racism that has crept into most facets of the state in the U.S. Even President Obama admitted that there was a “slow-rolling crisis” in community policing against the black citizens of the country

As the United States has been shaken by nationwide protests against police brutality, which first took place in Ferguson, Missouri over the death of Michael Brown, 18, who was fatally shot by a police officer in August 2014, and now in Baltimore in the wake of peaceful demonstrations over the death of Freddie Gray, 25, on April 19, questions have been raised regarding the existence of systemic injustice and racial discrimination against people of color in the U.S.

In Baltimore, violent clashes have been taking place between police and angry crowds on Baltimore's streets since the April 27 funeral of Gray, a 25-year-old black man who was fatally injured while in police custody.

Nearly 50 protestors have been arrested and many officers injured in addition to damage to property resulting during the protests. The Maryland State Police have sent nearly 100 additional officers to restore order in the city and the Baltimore Mayor Stephanie Rawlings-Blake announced a citywide curfew from 10:00 pm to 5:00pm on April 28. The city's public schools and university have also been closed.

Similar events took place in Ferguson, Missouri when Michael Brown, an 18-year-old African-American male, was shot dead after an altercation with Darren Wilson, a 28-year-old white male Ferguson police officer. Wilson was not indicted by a grand jury on any criminal in relation to killing Brown. During the Ferguson protests, many police officers and the demonstrators were injured.

The U.S. Department of Justice launched an investigation into the policing practices of the Ferguson Police Department and determined that a "pattern or practice of unlawful conduct" against African-American citizens of Ferguson was applied.

On April 28, U.S. President Barack Obama condemned the rioting in Baltimore during a joint news conference with Japanese Prime Minister Shinzo Abe at the White House, saying there was no excuse for the violence in Baltimore, but accepted that a "slow-rolling crisis" in community policing exists, especially against African-Americans citizens. "We have seen too many instances of what appears to be police officers interacting with individuals – primarily African American, often poor – in ways that raise troubling questions," Obama said. Obama had made similar remarks regarding the protests in Ferguson. "In too many communities around the country, a gulf of mistrust exists between local residents and law enforcement. In too many communities, too many young men of color are left behind and seen only as objects of fear," Obama had said on August 18, 2014.

The events in Ferguson and most recently in Baltimore reveal the structural inconsistencies in American society when it comes to the treatment of its African-American citizens. More than a century after the Emancipation Proclamation was issued by U.S. President Abraham Lincoln on January 1, 1863, Americans are still engaged in a vigorous debate regarding racial discrimination.

American democracy has overcome Jim Crow laws, which barred African-American citizens from using public facilities through racial segregation at local and state levels in the South. It has been decades since Rosa Park refused to give up her seat to a white man on a Montgomery, Alabama city bus in 1955, which lead to the Civil Rights Movements, and achieving the U.S. Supreme Court decision that said bus segregation was unconstitutional.

Despite these progressive moments in American society, systemic injustice against African-Americans, which angry citizens have been protesting nationwide, is also reflected in the country's war on drugs, which has been interpreted as a war on people of color and a method to incarcerate them.

The U.S. war on drugs began in 1971 during the administration of President Richard M. Nixon and could be argued that similar to many other forms of wars involving the U.S., the war on drugs also started as a preemptive and unilateral action against an "enemy." The war on drugs in the U.S. has resulted in billions of dollars spent on its implementation. Its political ideology and the project of class construction aside, the economic burden it has caused has immense effects on the livelihoods of average American citizens. Since 2009, the U.S. government has spent more than $31 billion on drug control and the current Obama administration is planning to spend at least $10 billion on drug education alone.

According to a U.S. census statistic published by the Prison Policy Initiative, in 2010, blacks were incarcerated five times more than whites, and Hispanics were nearly twice as likely to be incarcerated as white Americans.

As Obama said in his speech on April 28, African-American citizens are over-policed in their everyday lives. The angry crowds on U.S. streets argue that a white male driver is less likely to be stopped by police and questioned or searched for drugs compared to an African-American male driver. Likewise, police searches target inner-city slums, which are most populated by people of color, more frequently and arbitrarily investigate or detain the residents compared to policing middle-class or upper-class areas where drug use is also evident.
Last Update: Apr 30, 2015 9:03 am
RELATED TOPICS