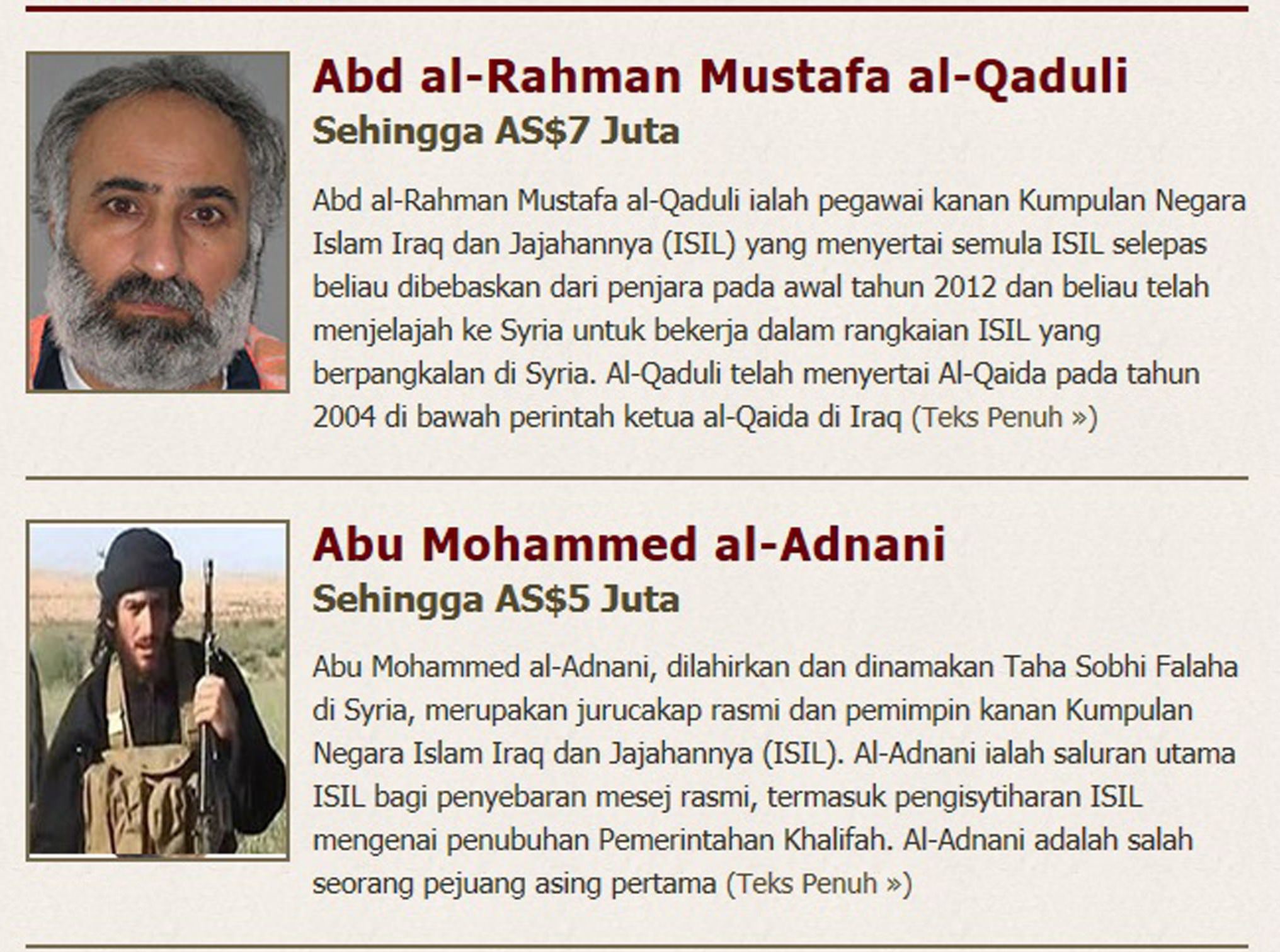 by Daily Sabah with DPA May 06, 2015 12:00 am
The United States is offering rewards of up to $20 million for information about four top leaders of the self-proclaimed Islamic State of Iraq and al-Sham (ISIS), the State Department said on Tuesday.

The department's Rewards for Justice Programme is offering up to 7 million dollars for information on Abd al-Rahman Mustafa al-Qaduli, whom the US says is a senior ISIS official who previously served as a deputy to al-Qaeda in Iraq's slain leader Abu Musab al-Zarqawi.

The US is offering 5 million dollars each for information on Islamic State spokesman Abu Mohammed al-Adnani and senior commander Tarkhan Tayumurazovich Batirashvili, who leads operations in northern Syria and has overseen an Islamic State prison in al-Tabqa that may have held foreign hostages.

Information on Tariq Bin-al-Tahar Bin al Falih al-Awni al-Harzi, who has served as fundraiser, overseen the group along the Syrian-Turkish border and been chief of suicide bombers, is worth up to 3 million dollars, the State Department said.

On Tuesday, ISIS said it was behind the attack in Texas, in which two gunmen attempted to storm an art contest featuring cartoons of the Prophet Muhammad. Both gunmen were shot dead by a police officer. 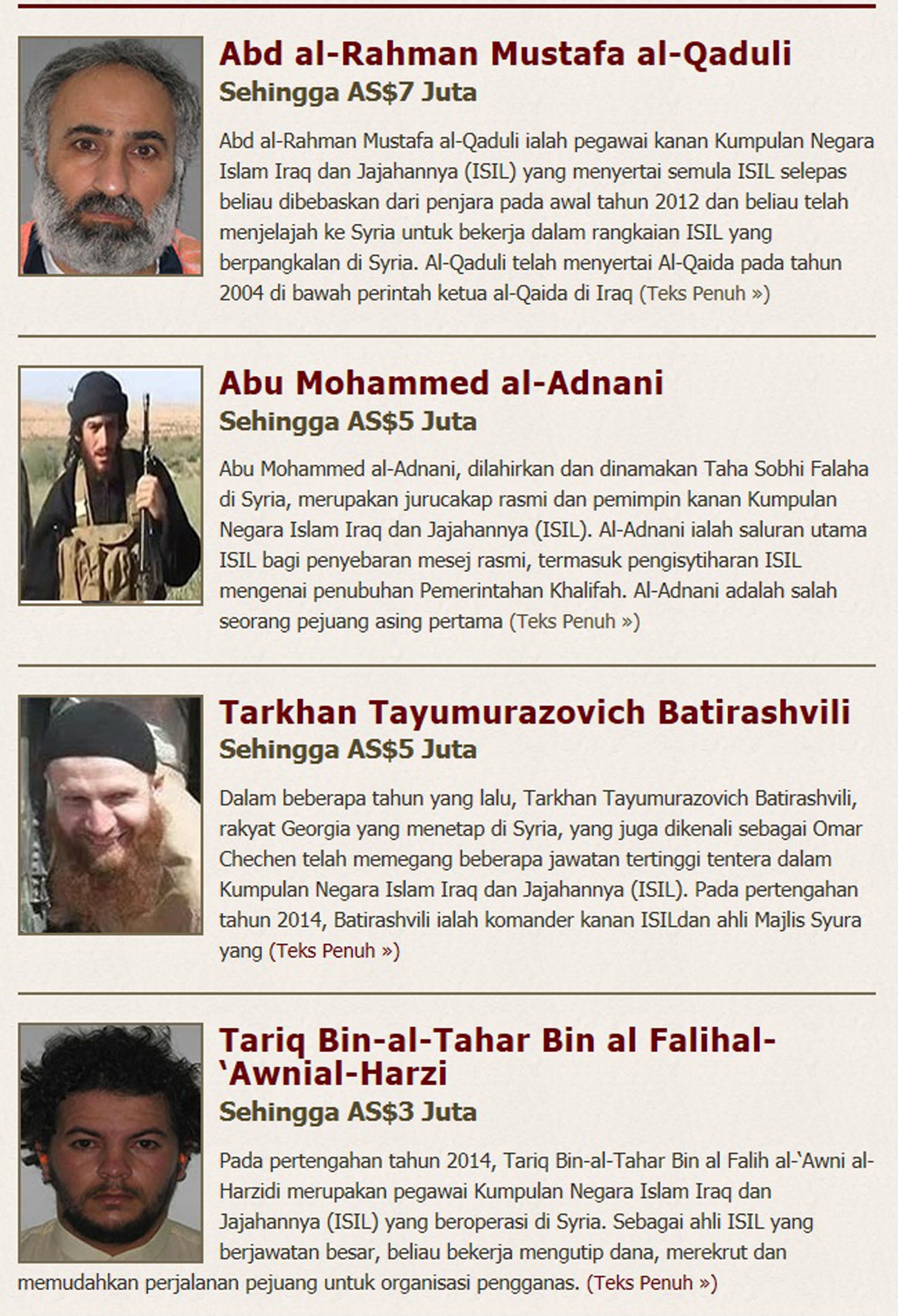