US: Russian-backed rebels poised for offensive in eastern Ukraine 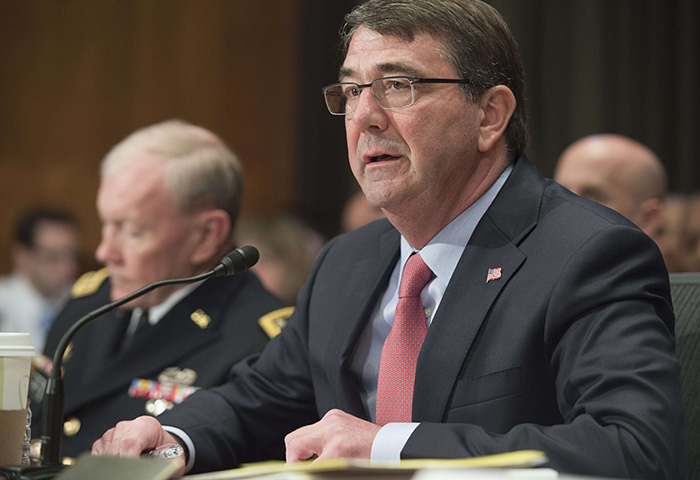 by May 07, 2015 12:00 am
Pro-Russian separatists appear to be making preparations for a fresh offensive in eastern Ukraine, the United States Defense Secretary Ashton Carter told lawmakers on Wednesday.

The Pentagon chief also said that sanctions imposed by European countries and a decline in oil prices were the most effective way to exert pressure on Russia over its role in the conflict. "It does appear that clearly, Russian-backed separatists in eastern Ukraine are preparing for another round of military action that would be inconsistent with the Minsk agreement," Carter told the Senate Appropriations defense subcommittee.

A shaky truce agreed in Minsk in February has dampened the violence overall but clashes continue to erupt in pivotal flashpoints. Ukrainian government forces and analysts have warned that pro-Moscow rebels are readying for a push to extend their control to the key seaport of Mariupol, the largest remaining Ukrainian-controlled city in the conflict zone. NATO's top commander, General Philip Breedlove, said last week actions by Russia and the separatists were "consistent" with "preparations for another offensive." The United States has provided radios, radar, armored vehicles and other non-lethal supplies to Kiev but so far stopped short of providing weapons to the government army.

But Carter said that "if there is anything that influences Russian behavior, it is the combination of economic sanctions and the fall in oil prices. That is punishing Russia now." He added that "it is the weight of European sanctions that matters, mostly because they do most of the trade done with Russia."

Carter spoke as Ukraine's warring sides met in Minsk to shore up the cease-fire deal. Ukraine's representative, former president Leonid Kuchma, said after the meeting that it had been a "serious step towards the political resolution" of the conflict but said the shooting had to stop completely.
Last Update: May 07, 2015 6:48 pm
RELATED TOPICS