More than 50 dead, many injured in Colombia landslide 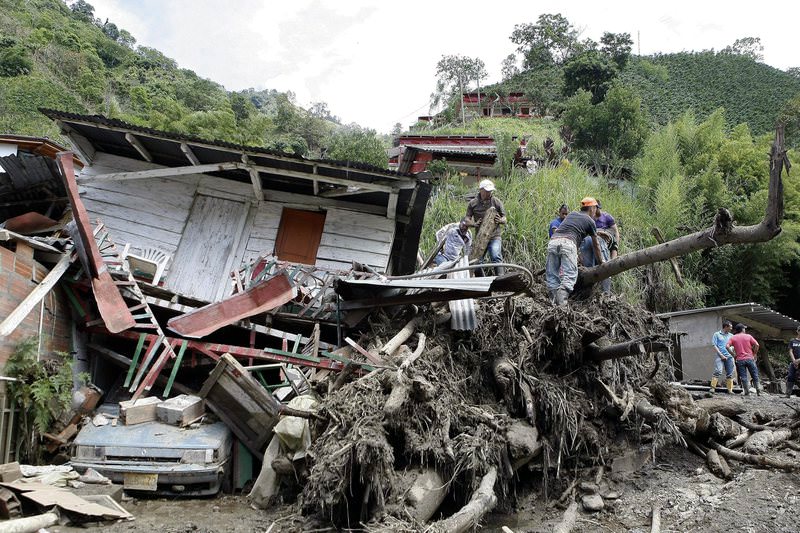 by May 19, 2015 12:00 am
A landslide sent mud and water crashing onto homes in a town in Colombia's northwest mountains on Monday, killing more than 50 people and injuring dozens, according to the officials.

"The earth slid into the course of the La Liboriana ravine, then the dammed water caused an avalanche which destroyed everything in its path" in Salgar in Antioquia department, regional police commander Jose Angel Mendoza said in an interview.

The national disaster unit said in a statement that 52 people were killed and 37 others had been treated for injuries. Rescue teams, including search dogs, continue working in the area looking for an unknown number of missing people.

Photographs released by the country's air force and television news footage showed homes and streets covered in mud and debris in the town in a mountainous area close to the Colombian Andes.

Residents were shown digging through rubble with sticks and their hands, looking for survivors.

"We don't know how many people are missing," said President Juan Manuel Santos, who flew over the affected area to survey the damage and met with local authorities.

"People that you knew, children, young people, whole families lost their homes. We're on alert because there are fears there could be another landslide," resident Maria Gutierrez told local media.

"It almost gave me a heartache. We saw big waves and people and pigs going down in the water."

Additional but less intense rain is expected over the next two to three days, meteorology officials said.