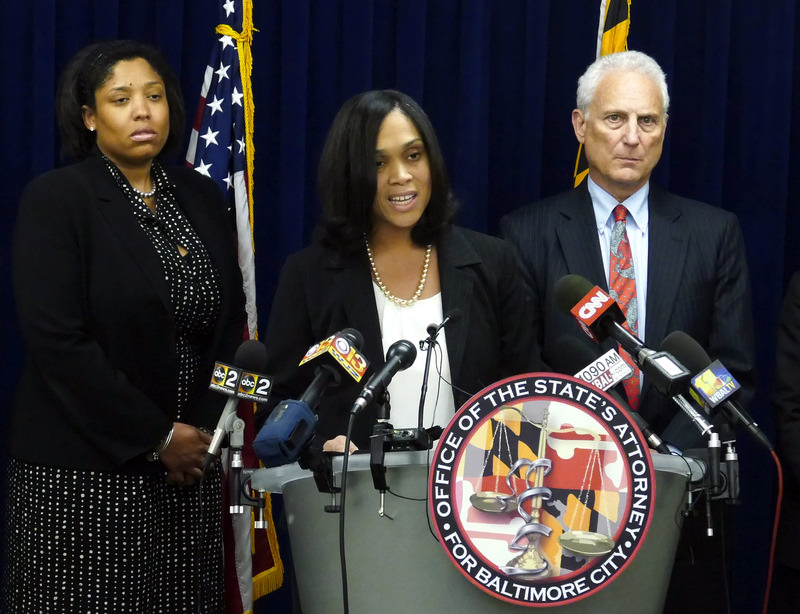 by Compiled from Wire Services
May 22, 2015 12:00 am
A grand jury indicted six Baltimore police officers Thursday over the death of African-American man Freddie Gray in their custody last month, a state attorney said.

The six officers were previously charged and are now indicted in connection with the arrest and death of 25-year-old Gray, who succumbed to a serious spinal injury suffered while in the back of a police van in April. One officer is indicted for second-degree murder.

State Attorney Marilyn Mosby said the grand jury found probable cause to formally indict the officers, adding they were expected to appear in court in July.

"Now that the grand jury has also found probable cause to charge the aforementioned officers based upon the evidence, these officers who are presumed innocent until proven guilty are now scheduled to be arraigned on July 2nd," Mosby told reporters.
Last Update: May 22, 2015 1:13 am