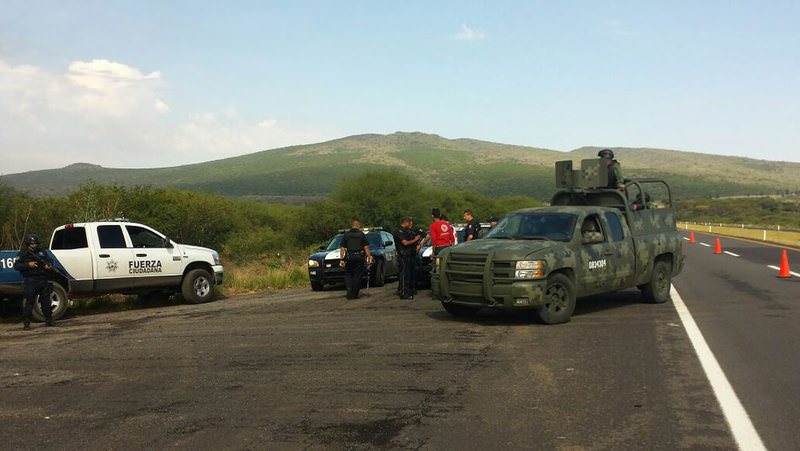 by May 23, 2015 12:00 am
An attempted ambush of a federal police convoy Friday in western Mexico led to a clash in which at least 39 people, including two police officers, were killed, authorities said.

The clash happened on a road near the town of Tinaja de Vargas on the border Michoacan and Jalisco states.

"Later, it evolved because there was a huge number of attackers," he said.

The scene was cordoned off while investigators collect evidence. Jara said the new cartel Jalisco Nueva Generacion was likely behind the incident.

The cartel, which arose in 2011 and is regarded by US and Mexican authorities as one of the most powerful gangs in Mexico, has been involved in attacks that this year alone have already led to the deaths of about 30 police officers and soldiers.
Last Update: May 23, 2015 1:07 am
RELATED TOPICS