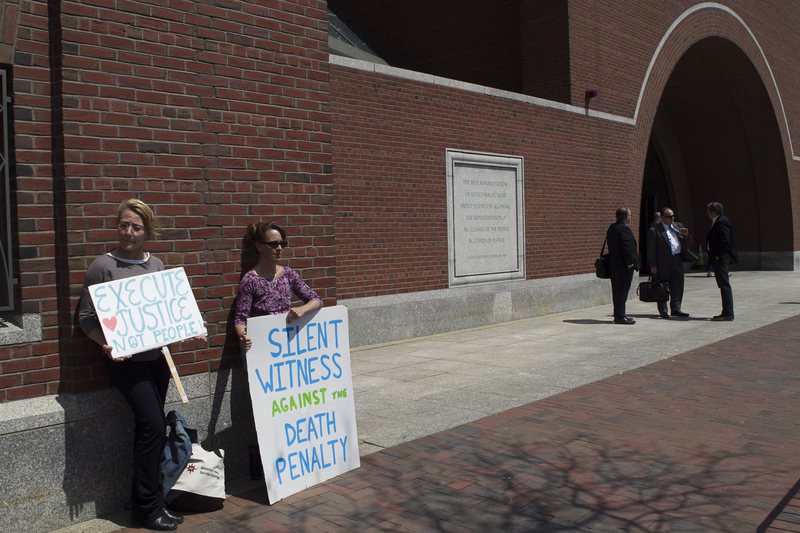 by Daily Sabah with DPA May 28, 2015 12:00 am
The legislature in the central US state of Nebraska Wednesday narrowly repealed the state's death penalty, becoming the 19th US state to ban capital punishment.

The unicameral legislature had to override Governor Pete Ricketts' veto of a measure it passed last week, gathering the 30 vote minimum needed to do so, according to the local news outlet Omaha.com.

The move is noteworthy in the largely conservative state. The 49-seat Nebraska Legislature is nonpartisan, but largely dominated by conservatives. They joined with more liberal death penalty opponents to push through the repeal.

Conservatives traditionally are more likely to back the death penalty. But botched executions last year and conflicting evidence over the effectiveness of drugs used in executions could be altering opinions.

Thirty-one of the 50 US states still have the death penalty on their books, according to the Death Penalty Information Center in Washington. But some of them have either put executions on hold or have not executed anyone in at least five years.

Nebraska's last execution was in 1997. Ten men are currently on death row. Nebraska's law replaces the death penalty with life in prison as the maximum sentence.

The death penalty is supported by 56 per cent of Americans in the case of murder convictions, according to the Pew Research Center survey.

Immediately after the vote, state Senator Beau McCoy launched a group to consider mounting a ballot initiative to reinstate the death penalty.

In addition to state laws that permit killing convicted criminals, the federal government can also execute those found guilty of federal charges.

Earlier this month, the jury in the federal Boston Marathon bombing terrorism case sentenced to death Dzhokhar Tsarnaev, the man convicted of carrying out the attack.

But the state of Massachusetts, where the trial took place, has banned the death penalty, and the court took weeks to find jurors who were willing to issue a death sentence.
Last Update: May 28, 2015 1:42 am
RELATED TOPICS