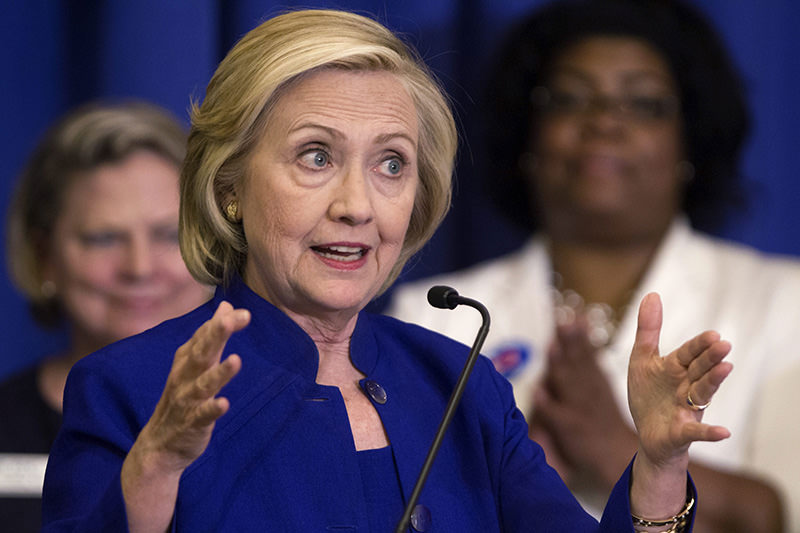 In a court filing late Tuesday, the department had proposed a rolling schedule to publish batches of emails every 60 days as a special team combs through the papers to vet them for sensitive or classified information.

But the judge ordered that the department "shall produce all of the non-exempt portions of the emails... via rolling productions beginning on June 30, 2015 and continuing every 30 days thereafter."

District Court Judge Rudolph Contreras also set goals for how much of the correspondence should be released by the end of each month.

He gave the US diplomacy hub until June 30 to produce seven percent of the emails, with a further eight percent to follow by July 31.

By October 31 more than half of the emails must have been released to the public, with all of them out in the open by January 29, 2016.

Should the State Department lag behind the timetable, "it shall explain in detail in its status report how it intends to catch up with the schedule," the judge wrote.

The correspondence has triggered a political row after Clinton revealed that in a departure from normal practice she had used a private server and email address during her tenure.

A first slew of 296 emails relating to Libya and the 2012 attack on the US mission in Benghazi was released on Friday after Contreras last week ordered the State Department to stop dragging its feet.

Clinton turned over paper copies of the emails in 12 cardboard boxes, and says she destroyed all the rest as they were not related to diplomatic matters but were personal.

"It is important to understand that this review process is quite involved," a senior State Department official told AFP.

"We are reviewing a huge amount of material from secretary Clinton's tenure at State on a wide range of issues."

The correspondence released on Friday did not appear to contain any potentially damaging material, and State Department officials insisted it did not alter the understanding of the Benghazi attack.

Four Americans, including ambassador Chris Stevens, were killed when dozens of heavily armed militants stormed the Benghazi compound and a nearby CIA facility on September 11, 2012.

Republicans continue to probe the attack, maintaining that the US administration covered up the true circumstances behind the assault.