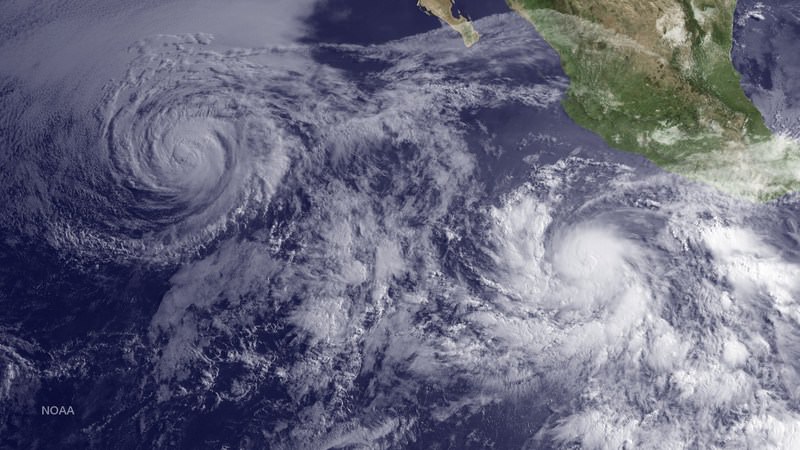 by Jun 03, 2015 12:00 am
Hurricane Blanca formed off Mexico's Pacific coast on Tuesday, and is headed toward the tourist resorts at the southern tip of the Baja California peninsula, the U.S. National Hurricane Center (NHC) said.

Blanca, the second hurricane to form off the Mexican coasts so far this year, was about 375 miles (603.5 km) south-southwest of the beach getaway of Zihuatanejo, blowing with winds of up to 75 miles per hour (120 kph), the NHC said.

Blanca, a Category 1 storm, was stationary on Tuesday afternoon, but was expected to begin moving in a northwesterly direction by Thursday, the NHC said.

The storm was expected to hit the southernmost part of Baja California on Sunday morning, the Miami-based NHC said.

"Swells generated by Blanca will begin affecting portions of the coast of southwestern Mexico during the next couple of days. These swells are likely to cause life-threatening surf and rip current conditions," the center said.