US: More than 10,000 ISIS militants killed in nine-month coalition campaign 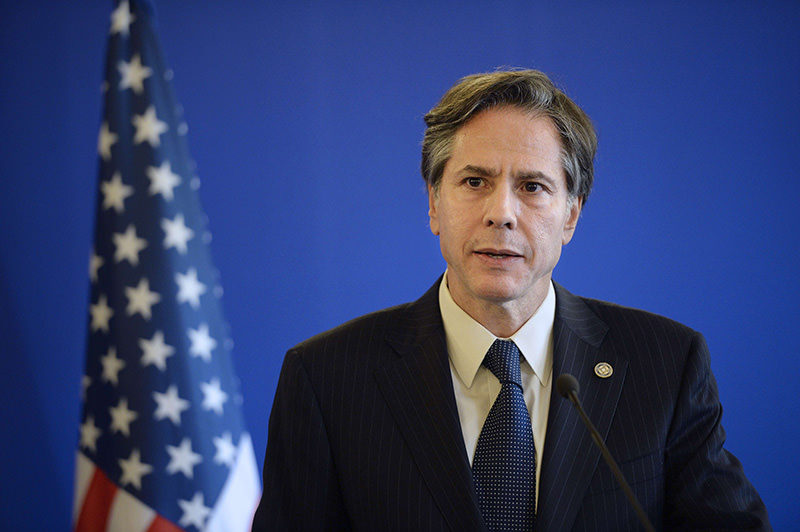 US Deputy Secretary of State Antony J Blinken gives a joint press conference following a meeting with Foreign Affairs member of the anti-ISIS coalition on June 2, 2015 in Paris (AFP Photo)
by Jun 03, 2015 12:00 am
More than 10,000 the self-proclaimed Islamic State of Iraq and Sham (ISIS) militants have been killed since the international coalition started its campaign against the group in Iraq and Syria nine months ago, U.S. Deputy Secretary of State Antony Blinken said on Wednesday.

Speaking after the coalition met in Paris, he said there had been a great deal of progress in the fight against ISIS but that the group remained resilient and capable of taking the initiative.

"We have seen a lot of losses within ISIS since the start of this campaign, more than 10,000," Blinken said on France Inter radio, using a mildly derogatory term for Islamic State. "It will end up having an impact."

On Tuesday, Western and Arab states carrying out air strikes on ISIS militants backed Iraq's plan for retaking territory after being accused by the Iraqi premier of not doing enough to help Baghdad push back the insurgents.

"At the start of this campaign (we) said it would take time," he said. "We have conceived a three-year plan and we're nine months into it."