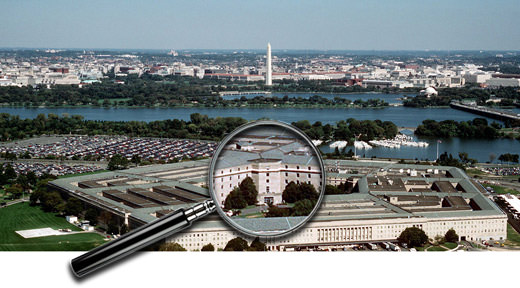 by Daily Sabah with Agencies Jun 04, 2015 12:00 am
The US government on Thursday admitted hackers may have accessed the personal data of four million current and former federal employees, in a cyber-attack suspected to have originated in China. The issue is being investigated as a national security matter a U.S. official announced in a statement that the actor in the recent breach is not thought to be terrorist organization.

"As a result of the incident," uncovered in April, the Office of Personnel Management said it "will send notifications to approximately four million individuals."

The office handles hundreds of thousands of security clearances and background investigations on prospective government employees each year.
A U.S. official, who declined to be identified said the data breach could potentially affect every federal agency.

It was not immediately clear whether the hack affected senior government officials.

The Washington Post quoted government officials as saying that Chinese hackers were behind the breach.

The FBI and Department of Homeland Security are said to be carrying out an investigation.

Officials refused to assign attribution or motive, but pointed affected parties to measures that could prevent fraud and identify theft.

Government staff will be notified from June 8 if they are affected.

In November, a former Department of Homeland Security official disclosed another cyberbreach that compromised the private files of more than 25,000 DHS workers and thousands of other federal employees.

The OPM conducts more than 90 percent of federal background investigations, according to its website.
Last Update: Jun 06, 2015 1:57 pm
RELATED TOPICS