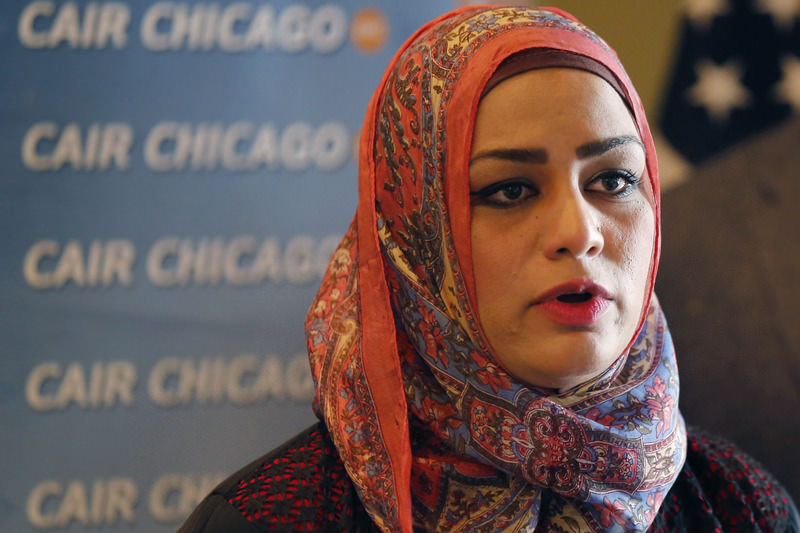 by Daily Sabah with Agencies Jun 04, 2015 12:00 am
United Airlines has offered an apology on Wednesday for the discriminatory treatment to an American muslim woman during a flight by one of the company's flight attendant and announced that the attendant "will no longer serve United customers".

Tahera Ahmad, who works at Northwestern University as the director of interfaith engagement, 31, said she was discriminated against on Friday as a flight attendant refused to give her an unopened can of soda when she was traveling from Chicago to Washington D.C. for a conference promoting dialogue between Israeli and Palestinian youths.

Five days after the incident, United spokesman Charles Hobart made a statement and said the airline "does not tolerate behavior that is discriminatory or that appears to be discriminatory against our customers or employees."

Ahmad said the flight attendant gave another passenger an unopened beer can but told her that people weren't allowed to have unopened cans because they could be used as weapons.

"She said, 'You would use it as a weapon.' At that point, I felt she crossed a line," Ahmad said. She asked other passengers if they saw what happened, and one man swore at her, she said.

Ahmad was wearing a Muslim headscarf during the incident.

United previously issued a statement that described the incident as "a misunderstanding regarding a can of diet soda." The airline sharpened its stance as Ahmad and the Chicago chapter of the Council on American-Islamic Relations prepared Wednesday for a news conference in Chicago.

The new United statement also followed a letter from Northwestern University President Morton Schapiro to United CEO Jeff Smisek requesting a formal apology and "assurances that United will train its staff so that she and others are never again subjected to such discrimination on a United flight."

"While United did not operate the flight, Ms. Ahmad was our customer and we apologize to her for what occurred on the flight," Hobart said.
Last Update: Jun 04, 2015 9:33 pm
RELATED TOPICS