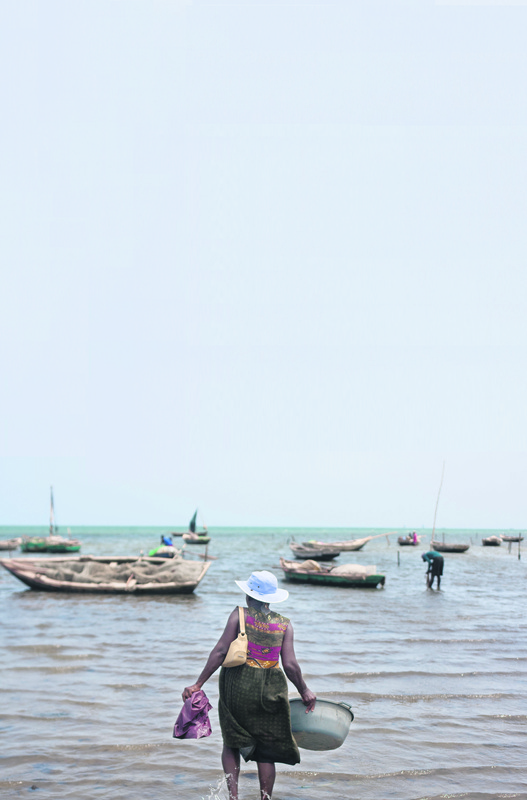 Haiti's northern coast suffers from the harvesting of coral offshore for construction material and soil erosion that deposits smothering silt along the coastal shelf.
by Associated Press Jun 09, 2015 12:00 am

Haiti's northern coast has long been an environmental wasteland where most of the trees are cut down for fuel and whose coral reefs are clogged and waters are overfished, enabling only small fish to be caught. A campaign has recently began to protect the forests, reefs and sea-life

Only little fish are pulled from the coastal waters off Haiti. In the overfished area of northern Haiti, fishermen who want a catch big enough for a meal say they must travel three hours in a boat to the Dominican Republic, where they scour the reefs of a national park and risk arrest, beatings or even death.

"Going over there is the only way we can feed our families," fisherman Wilfrid Desarme said in Caracol, where the sandy beach is lined with small wooden boats that replaced similar ones seized or torched by Dominican sailors who caught Haitians poaching there with rusty spear guns and fine-mesh nets. 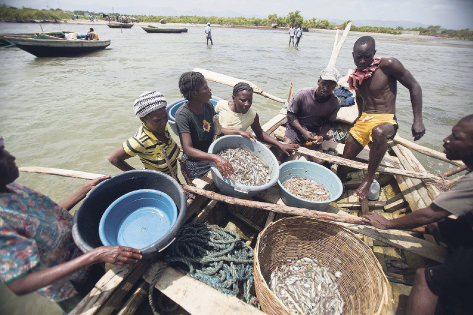 Over the decades, impoverished Haiti has gained a reputation as an environmental wasteland. The country has only about 2 to 3 percent of its original forest cover, most of it lost because trees were cut down to make charcoal for cooking fuel. Its waters are severely overfished, leaving only small, young fish to catch. Coral reefs are clogged with silt washing into the sea from denuded hills. Now, Haitian conservationist Jean Wiener is leading a homegrown campaign to protect the country's northern coastal areas, including barrier reefs and threatened mangrove forests that serve as crucial spawning grounds and nurseries for fish and crustaceans.

Wiener, who studied biology in the United States before returning to Haiti in 1989, saw his profile rise this year when he was among six global activists who received the prestigious Goldman Environmental Foundation award. The $175,000 prize awarded by an international jury was a big boost for his nonprofit organization, which has six staff members.

In recent years, the 50-year-old activist has successfully fought to create the country's first protected marine areas, including Three Bays National Park. The roughly 80,000-hectare (19,700-acre) zone carved last year out of northern Haiti's overfished Caracol, Limonade and Fort Liberte Bays includes as much as 20 percent of the country's remaining mangroves, which are now illegal to chop down. 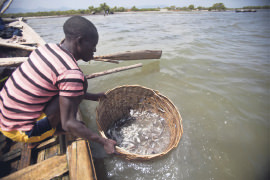 But no one enforces the legislation Wiener helped push through in 2013 to protect the mangroves, and he acknowledges there's a long way to go before the new protected marine areas become more than lines on a map. Like many sea sanctuaries around the globe, Haiti's new protected zones are "paper parks," without adequate resources to enforce restrictions. "For our marine environment, right now at least, there's no law enforcement whatsoever," Wiener says. Still, scientists have high hopes that the sprawling Three Bays park can eventually help rebuild severely depleted fish stocks and make Haiti's coastal ecosystems more resilient to a warming planet with rising seas and acidifying oceans. There's been plenty of research showing fishermen eventually haul in more fish when a patrolled marine reserve nearby provides a safe haven for fish to grow. Haiti's new park "contains the most extensive and healthiest coral reefs and other marine and coastal habitats in the country," says Maxene Atis, conservation coordinator for The Nature Conservancy's central Caribbean program. If the government agrees to provide a few rangers to patrol Three Bays, Wiener says his Foundation for the Protection of Marine Biodiversity could secure the funding to pay their salaries.

The stakes for Haiti's environment are especially high in the coastal areas. Wiener's group last year prepared the first comprehensive report on Haiti's remaining mangroves and found destruction was "extreme" because the trees were being used by people dependent on charcoal for cooking. To help ease pressures for charcoal and fuel wood, another nonprofit group called Carbon Roots International works with dozens of Haitians at an eight-acre property near Three Bays to manufacture briquettes made primarily from sugarcane husks. These charcoal briquettes are cheaper than the traditional ones made from mangrove and other types of wood and allow farmers to make money off their agricultural waste.

Haiti's northern coast suffers from the harvesting of coral offshore for construction material and soil erosion that deposits smothering silt along the coastal shelf. It's also threatened by effluent from the slowly expanding Caracol Industrial Park that was built after southern Haiti's devastating 2010 earthquake with more than $124 million in U.S. investments and is anchored by a South Korean textile company.

In the face of the diminishing fish populations, Wiener says he is developing alternative livelihoods for local fishermen. Right now he's looking just at honey production, but before the end of the year he hopes to introduce seaweed and oyster production as options.

For now, Haiti has one booming fishing sector left. Near the mouth of a river in Limonade, villagers gather by the hundreds nightly to hunt translucent "glass eels," using scoops fashioned from mosquito nets. The baby eels, which look like noodles with tiny dark eyes, are not eaten in Haiti, but sent by brokers to Asia, where they are fed a high-protein diet to speed their growth. Haiti's unsustainable export market for the globally endangered eels started in 2012, kick-started by Korean businessmen at the industrial park.

Scientists say that overfishing of the tiny eels mirrors that of sea cucumbers, a lumpy invertebrate that is consumed in China as an aphrodisiac. Starting about a decade ago, Haitians overfished and exported that species so quickly in the country's waters that local fishermen say they haven't seen it in years. Despite the many challenges, Wiener is optimistic because he believes most Haitians share a strong interest in rebuilding the country's ravaged environment.

"We can't be constantly counting on others to do things for us because a lot of (non-Haitian) people don't have a vested interest in seeing anything change whereas we really do," he said. At Caracol's fishing village, 60-year-old fisherman Jacqueson Cadet hopes for an easier life for his grandchildren. "We must make changes or else we won't have any fish or any fishermen left here," Cadet says wistfully, looking at the lapping waves. "Nobody wants fishing to be an old dream."
Last Update: Jun 09, 2015 1:18 am
RELATED TOPICS