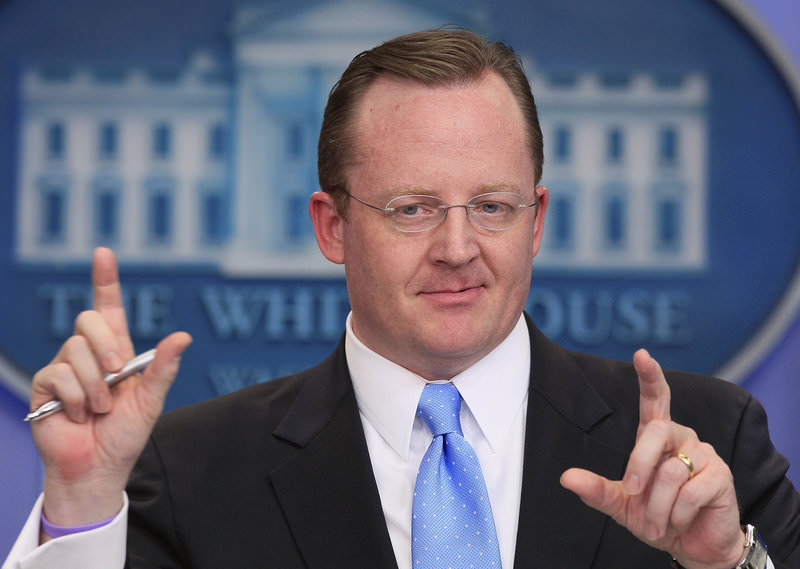 The world's biggest hamburger chain said Tuesday that Gibbs will manage the company's communications and government affairs and help to improve its well-known brand. He replaces Bridget Coffing, who announced her retirement earlier this year.

The former White House spokesman served the administration during President Barack Obama's first term from 2009 to 2011; then as senior campaign advisor during Obama's re-election campaign in 2012.

After leaving the administration, he co-founded the Incite Agency, a strategic communications advisory firm.
McDonald's Corp.'s CEO, Steve Easterbrook, said in a company statement that both Gibbs and new Chief Marketing Officer Silvia Lagnado will offer a wealth of experience and outside perspective "as we build a more modern, progressive burger company."

Easterbrook took over as CEO in March and has been fighting to revive sluggish sales for the Oak Brook, Illinois, company, which has more than 36,00 locations globally. McDonald's said Monday that sales from established locations dipped last month, with weakness in the U.S. and some overseas markets.

The company's turnaround plan includes a restructuring to strip away layers of bureaucracy and selling more company-owned restaurants to franchisees around the world.

Shares of McDonald's fell 60 cents to $94.72 in midday trading Tuesday, while broader indexes edged up. The stock had climbed less than 2 percent so far this year, as of Monday's close, a slightly larger advance than the Standard & Poor's 500 index.
Last Update: Jun 09, 2015 10:38 pm
RELATED TOPICS