Has Obama fallen off the non-smoking wagon? White House says ‘No’ 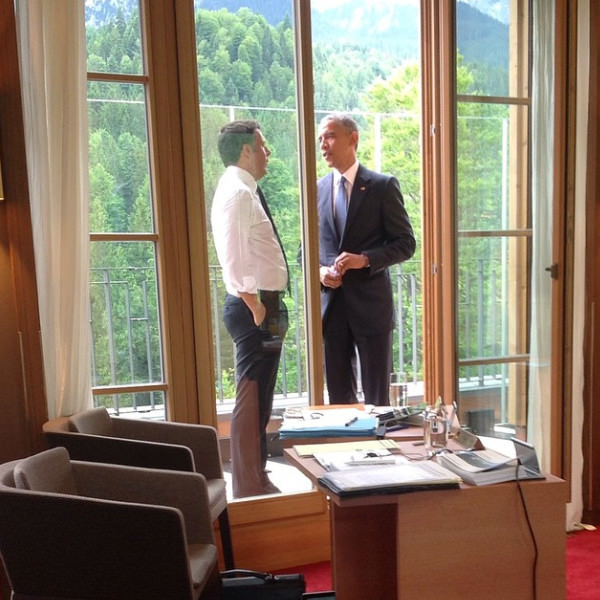 Taken from social media
by Daily Sabah Jun 11, 2015 12:00 am
Has the United States President Barack Obama started with his old habit of smoking again? The social media has been discussing this issue for the last couple of days, since the Italian Prime Minister Matteo Renzi's spokesman posted a picture of the Prime Minister and Obama having a conversation on Instagram on Sunday. The two leaders were both attending the G-7 summit in Germany.

The white object Obama clutches in his hands in the picture was speculated to be a cigarette box, by several social media users. On Wednesday, after days-lasting of speculations, White House put an end to the discussion, saying the president was not holding cigarettes in his hand. In response to American Urban Radio Network White House Correspondent April Ryan's question "What was it [what the U.S. President was holding]?, White House press secretary John Earnest said: "You may not be surprised that I haven't raised this issue with the president today."

This was not the first time that Obama's claims of quitting smoking have been questioned. Obama said in 2009 that he "constantly" struggles with his habit. He said at a news conference: "Have I fallen off the wagon sometimes? Yes. Am I a daily smoker, a constant smoker? No."

In 2011, First Lady Michelle Obama was quoted by the American daily Washington Post as saying that Barack Obama had officially quit smoking in 2010.