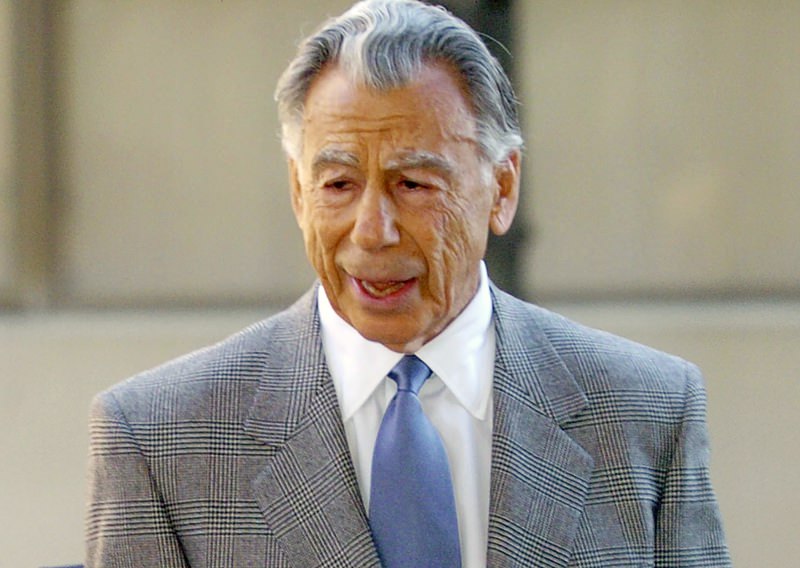 Kerkorian, who was the largest shareholder in MGM Resorts International, died on Monday night in Los Angeles following a brief illness, the Las Vegas Review-Journal said.

Kerkorian had little formal education and dropped out of school at age 16.

In his youth he was known as "Rifle Right Kerkorian" for his punching power as a small-time boxer and he would become an enduring American business heavyweight with a knack for placing winning bets in the corporate world.

In May, Forbes magazine estimated Kerkorian's wealth at $4.2 billion after taking a hit on his investments in 2008, when the magazine said he was worth $16 billion.

Three different times - in 1969, 1973 and 1993 - Kerkorian built the world's biggest hotel in Las Vegas, the desert gambling capital where he first made his fortune in the 1950s and 1960s. On his way to becoming a casino magnate, he befriended Rat Pack stars Frank Sinatra, Dean Martin and other Las Vegas headliners.

He owned some of the biggest and best-known hotels and casinos in Las Vegas - at one time possessing more than half the hotel rooms on the famous Las Vegas strip. He also was instrumental in turning Las Vegas into a family destination rather than merely a naughty pleasure spot for adults.

Kerkorian bought and sold the venerable MGM film studio three times, acquired the United Artists studio and tried to buy Columbia Pictures. Even as a studio chief, he would stand in line to buy movie tickets at a theater with everyone else rather than attend private screenings.

Kerkorian mounted high-stakes pursuits of U.S. automakers but never acquired one. He twice tried to buy Chrysler - triggering a massive legal tussle - and made big investments in General Motors and Ford.

He was a skilled aviator who flew perilous missions delivering warplanes from Canada to Britain during World War Two and later opened a charter flight business serving gamblers wanting to get from Los Angeles to Las Vegas more quickly than a 10-hour drive.

He began buying property in Las Vegas in 1962 after selling his charter airline, which he later repurchased, and was on his way to becoming a Las Vegas power player.

"When you're a self-made man you start very early in life," Kerkorian once told the Las Vegas Review-Journal. "... You get a drive that's a little different, maybe a little stronger, than somebody who inherited."

In the business world, he was known more for making a deal then nurturing a company over the long haul, often taking a major risk, reaping the benefits and getting out. For example, MGM under Kerkorian often languished artistically and even sold off such items as its studio lot and movie props including Dorothy's ruby slippers from "The Wizard of Oz."

"He's a born gambler with a sixth sense for sniffing out value," former auto executive Lee Iacocca, who joined Kerkorian in the unsuccessful Chrysler takeover bid in 1995, told the Los Angeles Times in 2005. "Doing deals is what keeps him alive."