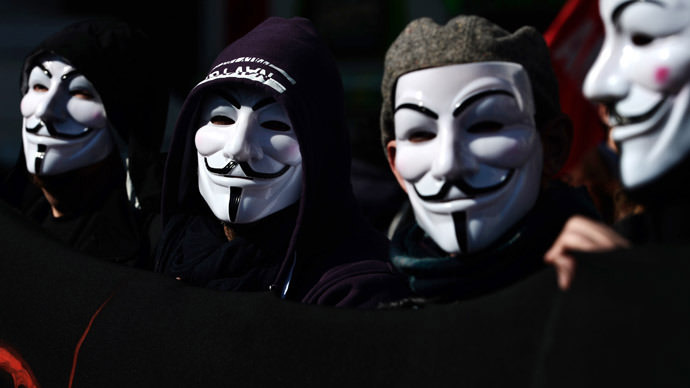 In a YouTube video, the hacking activists organization Anonymous claimed responsibility for the attack.

"Greetings, citizens of Canada, we are Anonymous," the video says by way of a monotone, robotic voice. "Today, this 17th of June, 2015, we launched an attack against the Canadian Senate and government of Canada websites in protest against the recent passing of Bill C-51, a bill which is a clear violation of the universal declaration of human rights.

"Today, Anons around the world took a stand for your rights," the video continued. "We now ask that you follow suit. Stand up for your rights, take to the streets in protest this 20th of June 2015. Disregard these laws which are unjust, even illegal."

The bill has spawned controversy with critics saying it gives too much unchecked power to authorities in the fight against terrorism and could infringe on the civil liberties of citizens. Demonstrations against the bill were held in larger cities earlier this year.

Treasury Board President Tony Clement took to Twitter to confirm the cyberattack.

"Confirmed today that Govt of Canada GC servers have been cyberattacked. Until full service is restored please use 1-800-OCanada," the tweet said.

A number of federal government websites were back online after the brief blackout, including the Justice Department and the country's spy agencies, CSEC and CSIS.

Clement confirmed to reporters on Parliament Hill in Ottawa that the sites went down under a "denial of service" cyberattack.

The U.S. Department of Homeland Security said a denial of service attack occurs when a website's server is overwhelmed with so many requests to view a page that it does down.

"There has been an attack on government of Canada servers," Clement said. "I have just been through a briefing on it. We are working diligently to restore services and to find out the origination of the attack."

Public Safety Minister Steven Blaney has said the powers are necessary to fight the threat of terrorism, but others disagree.

The Canadian Bar Association, for example, said the bill has "ill-considered" measures that could deprive Canadians of liberties while doing nothing to enhance their safety.
Last Update: Jun 18, 2015 1:17 am
RELATED TOPICS