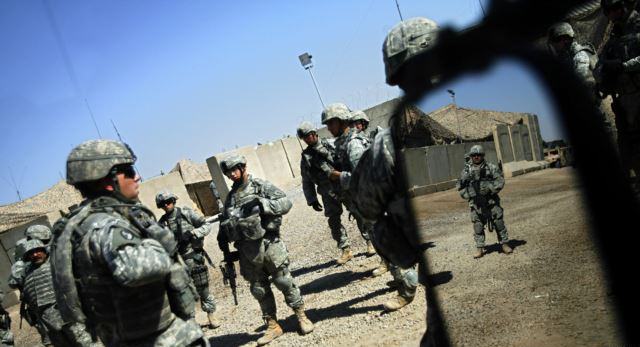 by Anadolu Agency Jun 19, 2015 12:00 am
The Senate on Thursday passed a $612 billion defense bill, dropping an amendment that proposed directly arming Iraqi Kurds and Sunni tribes.

The Senate voted 71-25 to approve the National Defense Authorization Act for 2016 that outlines military and national security strategies, policies and the Defense Department's budgetary appropriations.

The House approved the bill last month but with the amendment that authorized President Barack Obama to arm the Iraqi Kurdistan Regional Government and Sunni tribes in their fight against Daesh, deeming them as "country".

The amendment faced strict opposition from the Obama administration, but the Senate failed to have it added earlier this week, falling six votes short to be included in the defense policy bill.

The Senate version still authorizes the administration to support Iraqi Kurdish peshmerga forces associated with the Iraqi military but does not specify if that assistance would be given directly or through the Iraqi central government.

The White House insists it will veto the legislation because of some budgetary provisions, particularly an additional $38.3 billion to overseas contingency operations.

The administration requested $50.9 billion for the operations but the lawmakers increased it to $89.2 billion.

"If this bill were presented to the president, the president's senior advisors would recommend to the president that he veto it," read a statement from the White House's Office of Management and Budget. "The president has been very clear about the core principle that he will not support a budget that locks in sequestration, and he will not fix defense without fixing non-defense spending,"

Sens. Ted Cruz and Rand Paul, both running for president, were the only Republicans to vote against the bill.

The House and Senate versions of the bill will be reconciled in a conference committee of both aisles of Congress before it goes to the White House to be signed by the president.

The reconciliation of the two versions is expected to be finished in July, according to Sen. John McCain.
Last Update: Jun 19, 2015 1:21 am
RELATED TOPICS