At least seven hurt, including 2 children, in Philadelphia shooting 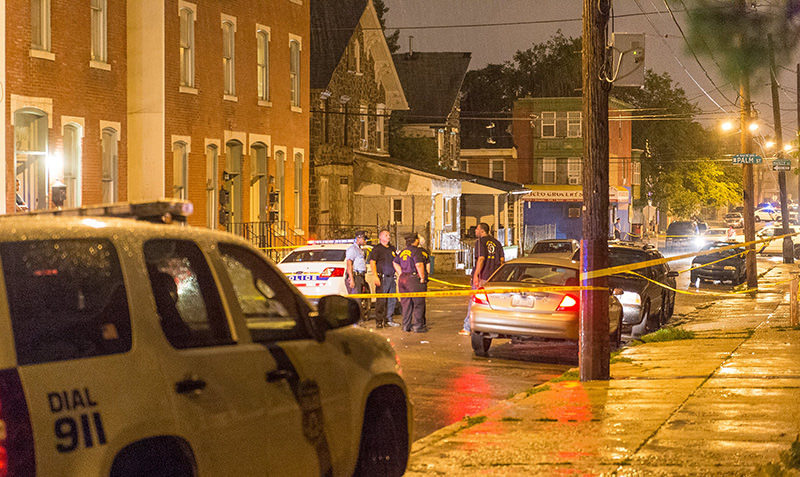 | Reuters Photo
by Daily Sabah with AFP Jun 21, 2015 12:00 am
At least seven people, including a two-year old and eleven-year-old child, were injured in a shooting at a block party in Philadelphia on Saturday, after a gunman randomly opened fire on a crowd, local media reported.

The report comes almost simultaneously with news from another block party in Detroit, where a suspect opened a fire and left one person dead and at least nine injured on the same evening.

Philadelphia Police Lieutenant John Walker told NBC affiliate WCAU that a gunman shot down a street where people were gathered for a party.

"It appears that everybody was here for the picnic and everybody just ran... it looks like they just randomly fired down the street and just hit whoever was in their way," Walker said.

He said the incident was "just a terrible situation".

The news station said one of the victims was an 18-month-old baby who was grazed with a bullet in the neck.

The other five victims, aged 15 to 25, were taken to hospitals after the shooting, which occurred around 10:00 pm local time in the largest city in the northeast state of Pennsylvania.

The shootings come after nine African Americans were killed in a church in Charleston, South Carolina, by a suspected white supremacist.

The massacre has reignited a debate about gun laws in the United States.
Last Update: Jun 21, 2015 11:46 am
RELATED TOPICS