Blacks are most frequent victims of rising hate crimes in US 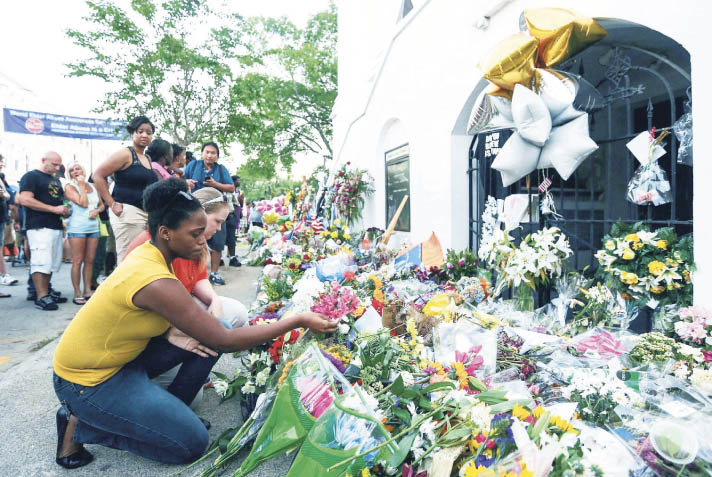 The killing of nine African-Americans in a South Carolina church is an indication that hate crimes and mass shootings are on the rise in the U.S., according to the Federal Bureau of Investigation (FBI).

The report reveals that blacks are the most frequent victims of hate crimes, noting that nearly 32 percent of hate crimes in 2013 were perpetrated against blacks. "In 2013, law enforcement agencies reported that 3,407 single-bias hate crime offenses were racially motivated. A total of 66.4 percent were motivated by anti-Black or African-American bias," FBI reports.

Wednesday's church massacre in Charleston was the latest in a series of bloody mass shootings in the United States that have reignited a debate over increasing hate crimes in the country.

Dylan Roof, a 21-year-old white man, was arrested on Thursday and charged with the murders of nine African-Americans at the Emanuel African Methodist Church in downtown Charleston. Authorities say he spent an hour in an evening Bible study group at the historically black church before opening fire on the parishioners. The South Carolina church shooter was charged on two separate occasions earlier this year with a drug offense and trespassing, according to court documents of his previous arrests.
Muslims are also victims of growing hate crimes in the country.

The Chapel Hill shooting is widely seen as another example of hate crime. Three young American Muslims were shot dead on Feb. 11 in North Carolina. A 46-year-old American, Craig Stephen Hicks, who has described himself as "anti-theist" on social media and posted images condemning all religions, gunned down the three victims. The fatal Chapel Hill shooting was also considered an indicator of rising Islamophobia in the country.

Apart from rising hate crimes, police brutality and racial discrimination toward blacks have recently sparked nation-wide protests. Racially motivated protests across the country have shaken the U.S., as more people demand justice and an end to the discrimination of black Americans. American cities with predominantly black populations appear to be bearing the brunt of excessive force by police, as key incidents of police shootings prevail in these areas of the U.S. Police brutality toward black citizens is a frightening reality. The police killings and the subsequent brutal treatment of protesters has shed light on the disparity between "respect for equal rights and law enforcement's treatment of racial minorities."

The shooting and killing of black Americans by police has a long history in the U.S. Americans have long witnessed the deaths of black people and injustice at the hands of police. Recalling the August 2014 police killing of an unarmed teenager, Michael Brown, in Ferguson, Missouri, and the subsequent police crackdown on protesters, it can be noted that the shooting and killing of blacks has a long history.
Last Update: Jun 21, 2015 9:41 pm
RELATED TOPICS