Despite revival of US-Cuba relations, US won't yield Guantanamo 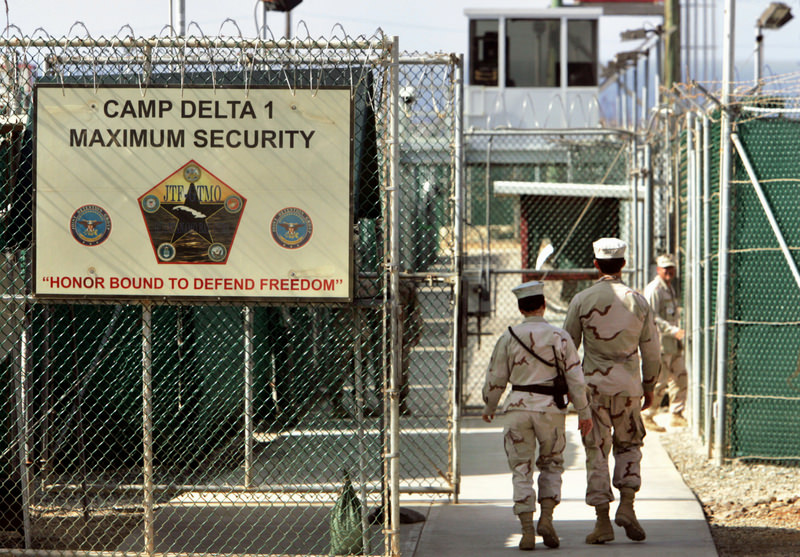 by Jul 02, 2015 12:00 am
Cuba has long protested the US Navy presence at Guantanamo Bay, and brought up the issue again Wednesday even as Washington and Havana announced the imminent opening of mutual embassies.

But US defence officials made clear that the subject was not up for negotiations, answering a question from a reporter. There is "no plan" to relinquish the base, Defence Secretary Ash Carter said.

The Guantanamo base has not been on the agenda in talks on normalizing US-Cuba relations after half a century - unlike several other Cuban demands on which Washington has bent, for example, by removing Cuba from its list of state sponsors of terrorism.

Guantanamo Bay is the US Navy's oldest overseas base, occupied since the Spanish-American War in 1898 and leased under treaty since 1903 for use as a fueling station.

Over the years, the base has served a number of non-fueling functions, including helping to control the flow of illegal immigrants into the United States and to care for displaced migrants, according to the base commander's information website.

The most controversial use of Guantanamo Bay started in 2002, when US President George Bush ordered construction of a detention centre to house suspected terrorists - so-called "unlawful combatants" who were captured overseas and not connected to a national military.

At one point, the prison held 800 suspects captured in Afghanistan and elsewhere. Many were held for years, some were tortured there and only a few have been brought to trial.

The prison has been condemned at home and abroad for violating international treaties and human rights. US President Barack Obama's efforts to close the prison and bring prisoners to the US for trial in civilian courts have been blocked by Congress.

Dozens of prisoners have been returned to their home countries or sent to third countries. After the latest transfers, 116 men remain - including the five accused plotters of the September 11, 2001, terrorist attacks on the US.

On Wednesday, Cuba put forth some of its other demands before relations can be fully normalized, including the undoing of the economic blockade levied by the US Congress more than 50 years ago and tightened over the years.

Havana said it will be "indispensable" for the US to return the territory "illegally occupied" at Guantanamo.
Last Update: Jul 02, 2015 1:12 am
RELATED TOPICS