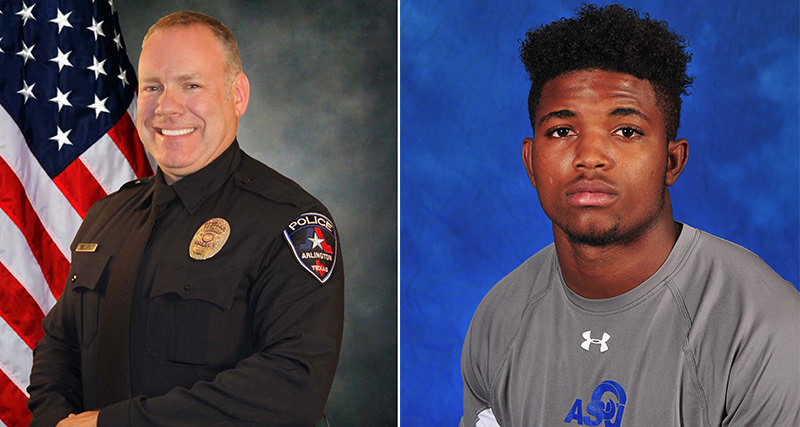 Christian Taylor, sophomore American football player at Angelo State University, allegedly drove his car through the showroom glass doors of a car dealership in the Dallas suburb of Arlington, according to The Dallas Morning News.

After police responded to a reported burglary at the dealership and found Taylor inside, he was fatally shot by 49-year-old rookie police officer Brad Miller during an altercation, the daily said.

The incident came as a string of police-involved killings of blacks across the country have stirred racial tensions, setting off nationwide protests over perceived injustices within the U.S. justice system.

Taylor died at the scene, according to the Tarrant County medical examiner's office.

No video of the incident has surfaced, as the Arlington Police Department has not yet enrolled to a pilot program in which police officers will have to wear body cameras.

It was also unknown whether the business had security cameras that may have caught what happened.

Arlington police said Miller had been with the department since last September. It said the officer had had no police experience before joining the force.

As of Saturday afternoon, the #ChristianTaylor hashtag was trending on Twitter, with posts questioning the official account that the victim was there for robbery.

On July 31, Taylor tweeted: "I don't wanna die too younggggg."

Taylor's death came as the city of Ferguson, where unarmed black teenager Michael Brown was fatally shot by a white police officer on Aug. 9, 2014, is bracing for protests on the first anniversary of the incident.

The case made the small Missouri city a focal point of a national debate on race relations and allegations of police brutality.
Last Update: Aug 08, 2015 11:06 pm
RELATED TOPICS